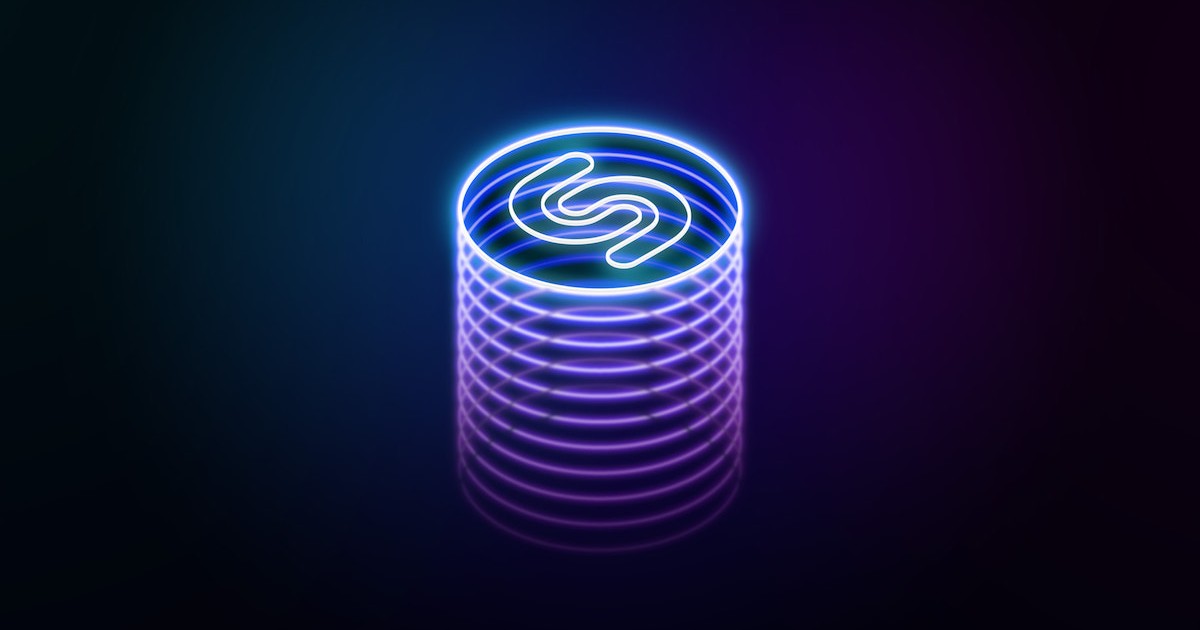 Happy anniversary, Shazam! Today Apple is celebrating 20 years of Shazam and its music identification service. To help celebrate, Apple has released a playlist featuring the most Shazamed song of each year for the past 20 years.

Shazam first saw integration into iOS within 14.2 and it has been a part of Siri since Apple acquired the service back in 2018.

According to an Apple press release,

Shazam turns 20 today, and as of this week, it has officially surpassed 70 billion song recognitions. A mainstay in popular culture, the platform has changed the way people engage with music by making song identification accessible to everyone. For more than 225 million global monthly users, to “Shazam” is to discover something new.

For those that may not remember 2002, Shazam originally launched as a text messaging service in the UK. During this time, users were able to identify songs by dialing “2580” on their phone and holding the device up to the playing song. Users were then sent an SMS message informing them of the song title and the name of the artist. The service was one of the first to arrive in the Apple App Store. You can currently find it within Control Center.

For this special occasion, Shazam is helping fans of the app take a nostalgia trip through a curated playlist of the most Shazamed song of each calendar year for the past 20 years. The playlist includes a bit of everything, including “Bring Me to Life” by Evanescence and “I Gotta Feeling” by the Black Eyed Peas.

In the past 20 years, Shazam has helped audiences identify a variety of different artists, including new talent such as Masked Wolf, who became one of Shazam’s top 5 Artists to Watch in 2021. Shazam has also helped audiences find fantastic hits from pop culture.

For pop culture, this includes Kate Bush’s 1985 song “Running Up That Hill”, which everyone is likely to recognize from a certain hit show. The song took No. 1 on the Shazam Global Top 200 for 10 days. “Running Up That Hill” also reached the top 25 national charts, more than any other song in 2022.

The Long and Winding Road Ahead

For Apple, the tech giant was able to acquire Shazam in Sept. 2018. According to reports, Cupertino purchased the song identification service for $401 million. Interestingly, Cupertino also became the focus of an E.U. investigation after the purchase. The E.U. was concerned that Apple would use the service to collect user data while also pushing for its own app.

Even after 20 years, Shazam is still looking to expand and include new features. This includes the concert discovery feature, which focuses on concert information and ticket sales for shows near users. Users can also find this information by Shazaming a song or searching for it through the app or website.

You can read the entire press release, including notable milestones and achievements, here.

Are you still using Shazam after 20 years? Has it helped you find any new music? Let us know in the comments.