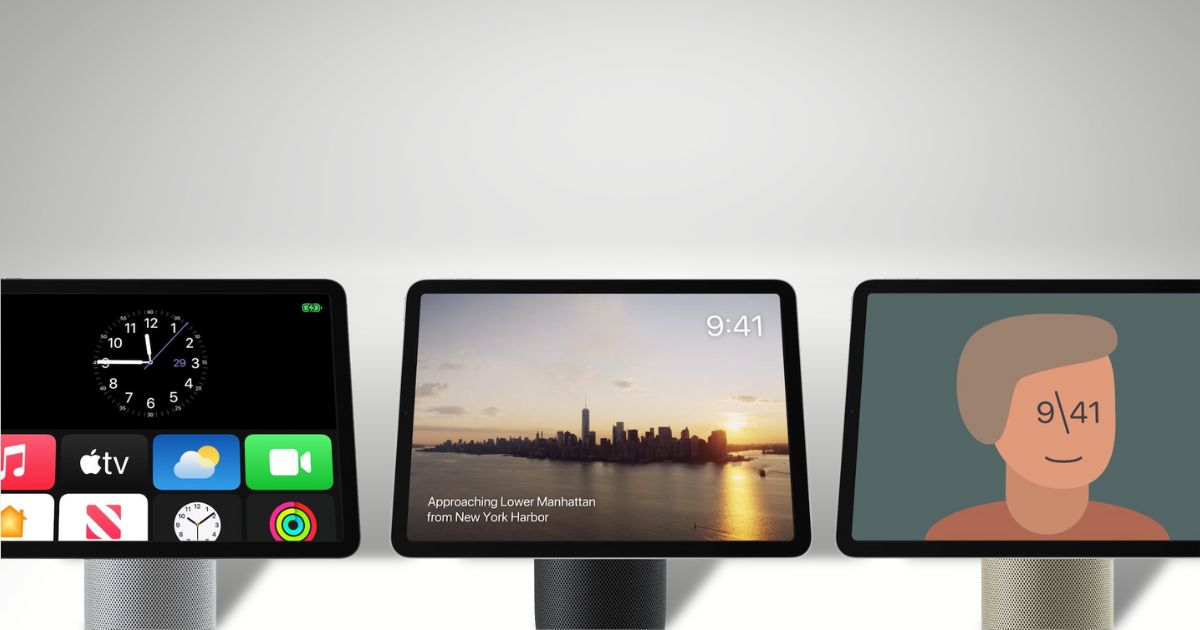 According to some, Apple has been working for some time on a docking accessory that would allow iPad owners to convert their tablet into a smart home display. This would be very similar to the recently-announced approach Google has taken with its Pixel Tablet.

Turning the iPad and Other Tablets Into Smart Home Displays

During Google’s most recent event, it announced an upcoming Pixel Tablet, with a twist. It said it would also offer a charging speaker dock that magnetically attaches to the back of the tablet. This would allow owners to use their Pixel Tablet much the same way they’d use a Nest Hub or Nest Hub Max.

According to Bloomberg’s Mark Gurman, Apple’s already working on something similar for the iPad. Gurman thinks the accessory could come as soon as 2023, offering a docking station that would turn the iPad into a smart home display for the kitchen, living room or nightstand.

Gurman also believes the Cupertino-based tech giant is exploring a standalone device along the same line. It would combine an iPad with a speaker up, basically a HomePod with a tablet attached. This could be used to control different functions of smart home technology, make FaceTime calls, watch videos and more.

Parker Ortolani, an artist and user experience designer, quickly came up with concept drawings of just what the docking accessory might look like. He says the device is “inspired by HomePod, enabled by MagSafe, designed for iPad.” Ortolani suggests the user interface on the attached iPad could automatically change to function like “tvOS with watchOS faces.”

If accurate, this could allow you to configure the iPad display to automatically change to the most useful layout for the room you use it in. For example, on your nightstand, it could display just a wallpaper with a clock widget, and perhaps the time of your next alarm. In your living room, it might offer up various Home widgets for controlling your smart home accessories.

Ortolani’s artwork envisions a speaker similar to the original HomePod, but sliced off at an angle to hold the iPad magnetically. Of course, the iPad doesn’t currently offer MagSafe, so Apple would have to bring that feature to the tablet first.