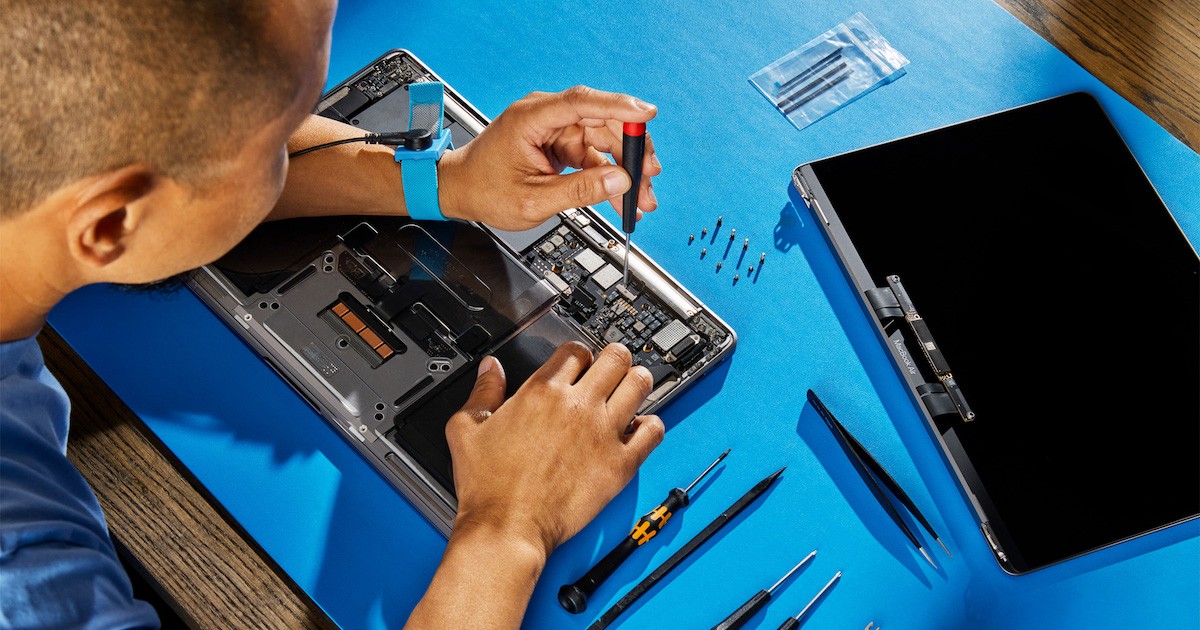 Apple has announced that it is extending its Self Service Repair program in several areas within Europe.

With the U.S. seeing the launch of the program back in April, the program is now extending to Belgium, France, Germany, Spain, Poland, Sweden and the U.K.

Apple has announced that its Self Service Repair program is now extending to eight European countries, including the U.K. Offering repair manuals alongside “genuine Apple parts and tools”, users in these countries will now be able to self-repair their iPhone 12, iPhone 13 and Mac notebooks that feature Apple silicon.

“We believe the best technology for our customers and for the planet is technology that lasts, which is why we design our products to be durable and rarely require maintenance or repair,” said Jeff Williams, Apple’s chief operating officer. “But when a repair is needed, we want customers to have many options for safe, reliable, and secure repair. That’s why we’re excited to launch Self Service Repair in Europe, giving our customers direct access to genuine Apple parts, tools, and manuals.”

Offering over 200 parts and tools, Apple also provides repair manuals. Additionally, the tools provided by Apple feature custom designs from the company. According to Apple, the tools “are engineered to withstand the rigors of high-volume, professional repair options where safety and reliability are the utmost priority”.

Customers are able to rent toolkits for $49 directly from Apple. Rentals are good for a week, and ship for free.

Seeing announcement in the U.S. at the end of Apr. 2022, the Self Service Repair program from Apple has seen some criticism. As noted by AppleInsider, many presume the program is simply a means to appease critics that support Right to Repair.

In August, repair gurus iFixIt were critical of Apple’s new program. Specifically, the repair website takes issue with how Apple handles replacing the battery on a MacBook, stating it may complicate things for customers.

Additionally, a report by NPR from July is also critical of the Program. The YouTube channel SnazzyLabs also took issue with the 97 pounds of equipment needed to repair an iPhone screen. Despite this, many are still commending Apple for moving the program forward.

You can find Apple’s Self Service Repair website here.

What do you think about Apple extending the Self Service Repair Program? Let us know in the comments.