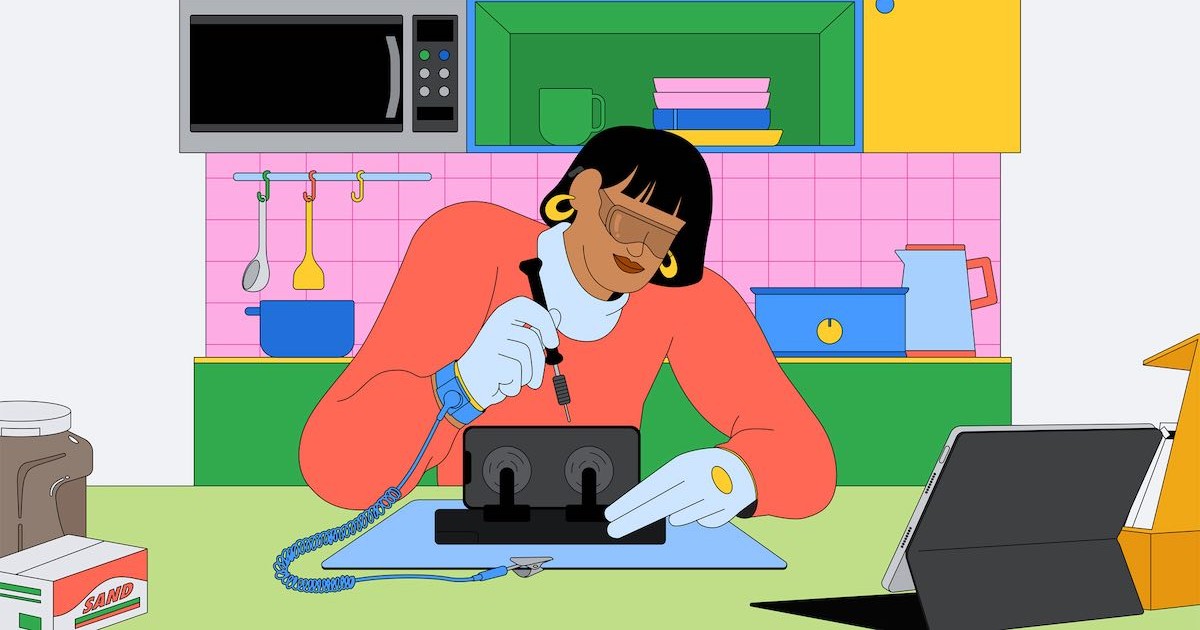 An interview from NPR indicates that Apple’s new Self-Service Repair program is not the exact answer many customers were looking for. During a Morning Edition segment, host Leila Fadel talks with NPR’s Ziad Buchh about the repair program.

Launching near the end of April 2022, Apple’s Self-Service Repair Program offers users access to official repair manuals, order genuine Apple parts or even buy and rent tools. Those with a 3rd edition iPhone SE, iPhone 12 or iPhone 13 are able to take advantage of the program.

Apple’s Self-Service Repair Program a Bit Much for Some

As users attempted to repair their products through the program, many found some interesting roadblocks. Many had issues with the amount of hardware Apple sends you when you repair your own device. In the YouTube video posted below, you can see someone from Mazzy Labs use the 97lbs of equipment Apple ships you to repair your iPhone screen.

Concerning NPR, Buchh gives a story about Jesse Jones, an iPhone user that dropped her phone and broke the screen. Funny enough, Jones repairs phones for a living. When Apple told her to pay $600 to upgrade her phone, she decided instead to try out the Self-Service Repair program. As she did not have access to the parts on her own, the repair program would be a big help.

However, Jones also had issues with the tools Apple supplied to her. Jones compared lifting the display heater, screen press and battery roller to doing a set of squats. In the end, she was able to repair her phone, but according to her reports, she paid more doing it herself than if she had Apple make the repairs.

But even Jones, an experienced phone technician, found it difficult to understand their almost 100-page manual. And then there was a price – renting Apple’s equipment and doing the repair herself actually cost her more than having Apple fix her phone. Jones came away from the program with a less-than-glowing conclusion.

The Fight for Right-to-Repair

Last July, President Biden signed an executive order directing the FTC to crack down on companies that restrict repair. With Cupertino being under increased pressure to allow right to repair, the move was likely a means to an end for the company.

Nathan Proctor, the leader of a nonprofit advocacy group U.S. PIRG launched a campaign for right-to-repair. Proctor stated that the current repair system is simply a means to get consumers to purchase new phones rather than fix smaller issues.

However, analyst Gene Munster agrees that Apple’s authorized providers are the safest and most reliable repair options. Munster stated, “They have a view that they want to keep things simple for people and really take the friction out of using tech.”

So while repairing your phone using Apple’s Self-Service Repair program likely won’t save you any money, Apple does provide the service for those that are interested. While it seems as though Apple’s program is likely a means to silence critics, the company states that they are planning to expand the program later this year.

From this writer’s perspective, it is great that Apple is offering the service in the first place. Hopefully the company stays true to its word and tweaks the program. But so far, the program is better than the company’s original hard-lined stance of no right-to-repair at all.

What do you think? Have you used Apple’s Self-Service Repair program to fix your phone? Did you use any other services? Let us know in the comments.