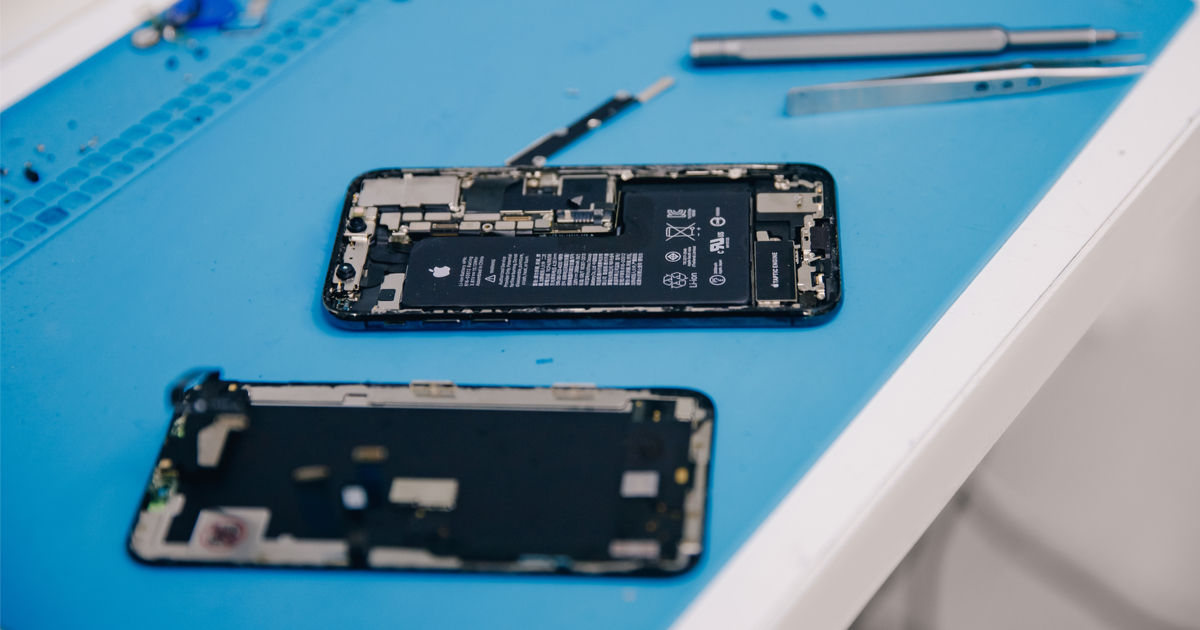 When Apple finally launched the website for its self-service repair program, folks got excited. Finally, we had a viable option to the costly official repairs on our iPhones. It was supposed to be an option that would keep our iPhones fully functional, without disabling key features like Face ID or Touch ID. At the same time, we hoped it would offer cost savings over having Apple do the repair work. In the end, though, Apple has only met the letter of what we were asking for. The Cupertino-based company hasn’t yet fulfilled the full spirit of self-repair. However, Apple has made a good start, giving us two of the three main things we were looking for.

Let’s look at this from an automotive repair standpoint. When, for example, you need to replace the starter in your car, you expect the repair costs to break down into two main categories.

Very rarely will you see your parts cost exceed the labor cost. Most of the time, in fact, you’ll see labor account for roughly 70% to 75% of the repair bill. If you do the work yourself, of course, you can save a significant amount of cash.

This is the sort of thing most of us were hoping for from Apple’s self-repair program. That’s not what Cupertino has given us, though. Instead, the iPhone maker will allow you to buy the parts you need to replace the screen on your iPhone 13 Pro yourself … for almost as much money as you’d pay Apple to do the job.

That’s right, Apple’s self-repair store will charge you almost $270 for the parts bundle to replace your iPhone 12 screen. That’s only $9 less than letting the Genius Bar or Apple’s mail-in service do the work. What’s more, if you need the tools to do the job right, you’ll pay at least $49 to rent them for a week.

All told, this means you’d spend $318, not including shipping costs, to replace that busted iPhone display. That’s with you handling the labor yourself. Or, you pay Apple $279 after you drop off your iPhone or mail it in.

Clearly, Apple’s meeting the letter of what consumers asked for in the self-service repair program. We told Apple, “We want to be able to replace broken parts on our iPhone ourselves, without crippling features.” Remember, there have been multiple issues in recent years with off-brand screen replacements disabling Touch ID or Face ID.

Apple’s response? “Sure, here ya go. But we’re going to charge you pretty much the same amount for the parts as we would to repair it ourselves.” That pretty much flies in the face of what most of us wanted.

We were looking for three things out of Apple’s self-repair program.

I would argue that Apple fulfilled two of those requirements, and quite admirably. Cupertino has provided official repair guides that break down and illustrate all of the steps involved in the most common repairs needed for the iPhone.

Apple has also provided access to the right tools for the job. These toolkits are comprehensive, even including a display removal tool and press that are clearly professional-grade. They’re expensive, but Cupertino offers a very affordable rental program for those who don’t make a habit of replacing batteries and displays.

The Downside of Apple’s Self-Repair Option

Unfortunately, Apple’s still telling us it would rather do the repair work for us. The prices the company is charging for the parts is flat-out ridiculous, when you compare it with out-of-warranty service charges. The table below shows just a couple of examples.

Yes, Apple’s provided us two out of our three biggest wishes from a self-repair standpoint. Nevertheless, without saying so directly, Cupertino is still making it quite clear the company doesn’t want us tinkering around inside those gorgeous iPhone cases.

You’re liable to save absolutely no money repairing your iPhone display yourself under this program. In fact, unless you already have all of the tools Apple recommends for the task, you’ll spend more.

Replacing the battery is even more of a stark reminder that Cupertino wants to own all aspects of your iPhone experience, even repairs. The battery parts bundle alone costs more than an out-of-warranty replacement. Tack on the toolkit rental, and you’ll be spending $120, not including shipping costs, for a job for which Apple only charges $69.

3 thoughts on “Apple’s Self-Service Repair Program Meets Some, Not All, of What We Wanted”