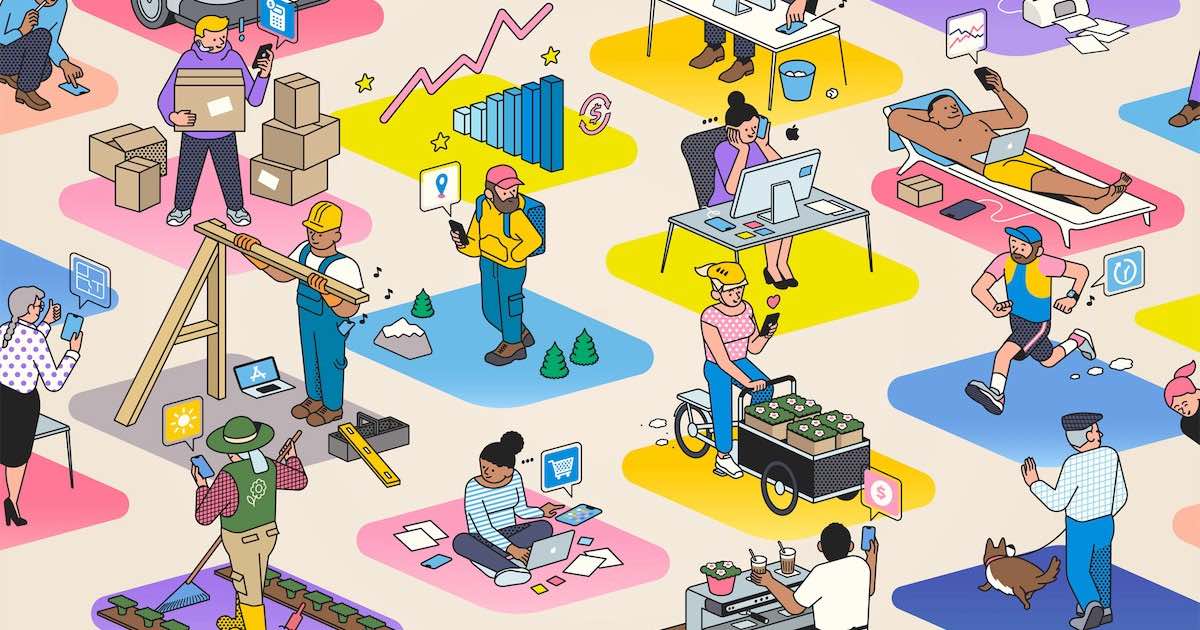 The Apple App Store is proving to be a major incentive for small businesses. Today Apple reported that two independent analyses show that the app economy within iOS supports more than 2.2 million jobs in the U.S. This is a 118% increase in U.S. small developer earnings over the past two years.

A report from Apple’s Newsroom stated:

Two new research analyses show the iOS app economy’s support for entrepreneurs to create new businesses, to innovate and reach customers through the pandemic, and to grow their teams of coders, designers, and creatives — contributing to one of the most thriving and innovative global markets that exist today.

One analysis, conducted by independent economists from Analysis Group titled “Spotlight on Small Business & App Creators on the App Store”, discovered that earnings for developers have significantly increased over the past two years.

At the same time, revenue for smaller developers that are active on the App Store in 2019 increased by a staggering 113% over the past two years. This nearly doubles the earnings growth over large developers. In this instance, a small developer is defined as those earning up to $1 million a year with fewer than one million annual downloads. These smaller developers in the U.S. saw a 118% increase in earnings since 2019.

Going Global on the App Store

On a global scale, the report from Analysis Group shows that new app creators and small businesses joined the App Store from around the world. Of the new developers, 24% come from Europe, 23% from China, 14% from the U.S., 4.3% from Japan and 34% from other regions including Korea, India and Brazil. When it comes to smaller developers, some countries have seen tremendous growth. The U.K., for example, saw small developers new to the App Store growing by 40% since 2019.

The research further stated that the App Store can also help entrepreneurs start new apps and rapidly scale their business. The Analysis Group looked at the growth of developers that earned more than $1 million on the App Store in 2021. Looking back at a longer period of time, the group found that 45% of today’s large developers were either not on the App Store, or had less than $10,000 in earnings just five years ago.

Furthermore, an additional analysis from the Progressive Policy Institute provides further research into job creation within the iOS app economy. The analysis looks exactly at how the iOS app economy has helped create millions of jobs. These jobs ranging from software development, to sales, to designers and more.

After reporting the findings from the two studies, Apple’s press release also highlighted a variety of apps that are on “entrepreneurial paths” on the App Store. One App Cupertino focuses on is PocketSuite, which helps service professionals run their businesses. Apple focuses on its growth as the app grew from a seven person team to a global team of 25 members.

The press release also looks at Rootd, which is a science-based anxiety relief app. The app has seen a 200% year over year increase in billings. The tech giant also highlights Chamba, which is a job hiring platform that has grown from a team of two to 15 full-time employes. In the last year, the hiring platform has seen a 900% growth in job seekers.

For those looking to start their own start business, app development seems like a great way to expand.

You can read the full press release from Apple here.