Apple Pay could be coming to Germany as early as next month, reports MacRumors. Although there have been hints of this happening, even last year, it sounds as if German banks had trouble coming to an agreement with Apple. But a developer found something that suggests the two parties were successful, and that the Apple Pay Germany rollout will finally happen.

Developer Philipp Ebener was setting up a new Apple Watch using the fifth developer betas of iOS 11 and watchOS 4. But for the first time he noticed that Apple Pay gave him the option to add his German credit cards. 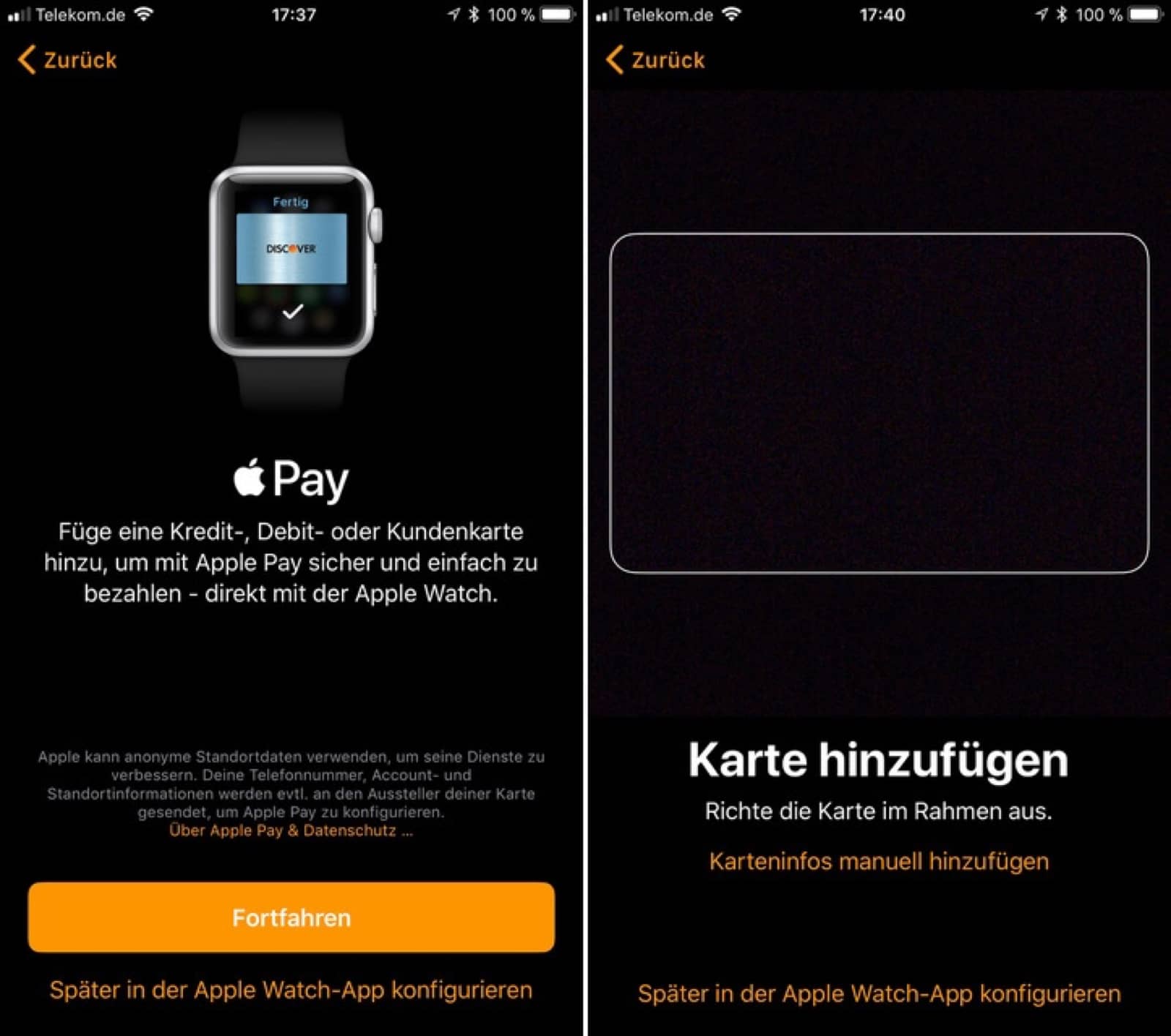 Although he wasn’t able to register the cards, the fact that he was given the option at all suggests that Apple Pay Germany will be introduced at this fall’s iPhone event, which is expected to be in September.