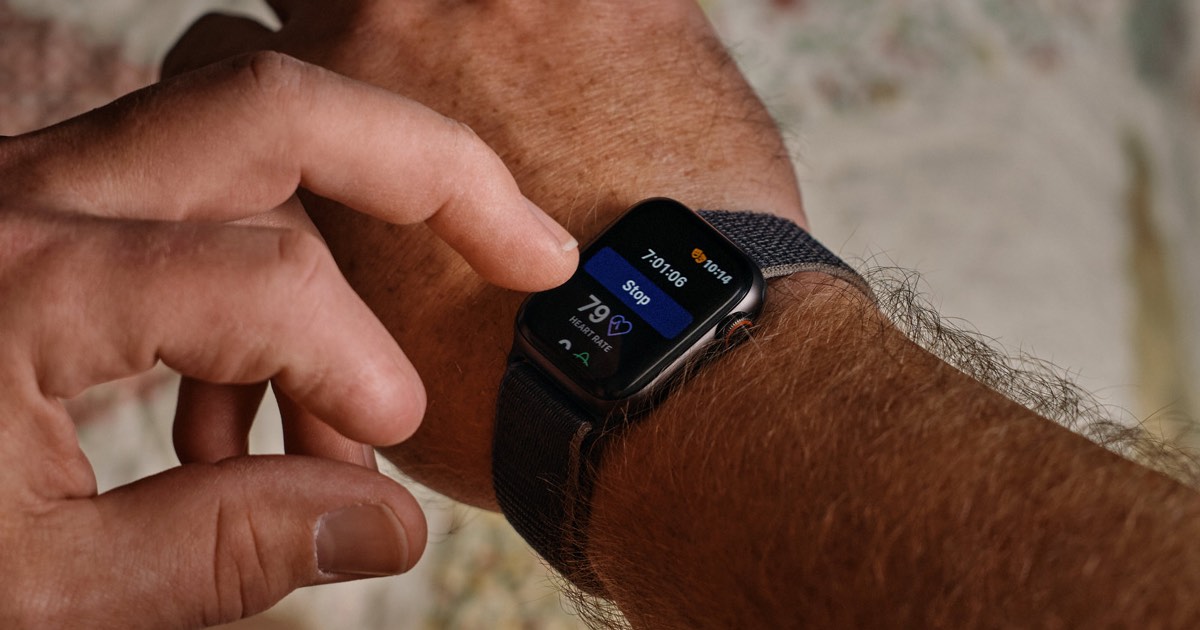 Apple has announced a new “digital therapeutic system”, known as NightWare, which helps Veterans and those suffering from PTSD to disrupt nightmares.

Right now, the app is available solely through a prescription, and is currently the only “digital therapeutic” to see clearance from the FDA.

NightWare Can Helps Veterans Suffering From PTSD-Induced Nightmares Get Sleep

Featured within Apple’s Newsroom today, the company looks to veteran Robert Guithues, who has been unable to sleep well due to his military career. His career includes being in the mountains of Afghanistan, where his crew saw attacks 278 days out of their year-long mission.

According to Apple, Guithues was able to sleep well for the first time in a decade thanks to NightWare. Using information from an Apple Watch, including the heart rate sensor, accelerometer and gyroscope, the app is able to “detect a nightmare and then disrupt it through haptic feedback, generation pulses on the wrist that gradually increase until the user is roused from the nightmare, but not from the sleep”.

For NightWare, the product is the creation of Tyler Skluzacek, who developed a prototype in 2015 while studying computer science at Macalester College in Minnesota. Having a father suffering from PTSD due to his time in the military, Skluzacek took inspiration from service dogs that gently nudge their owners to help prevent a nightmare from continuing.

After developing the prototype, Skluzacek soon met Grady Hannah, the now current NightWare CEO. Spending seven years readying NightWare for a public market, the CEO credits Apple for being a massive help in the process.

We had to get an independent security audit and submit it for FDA clearance, says Hannah. And because NightWare runs on iPhone and Apple Watch, I think the quality and security of those products were key factors in getting that clearance. It’s important to us that NightWare is functioning optimally for so many people who have given so much of themselves.

Citing Brian Robertson, a sleep medicine doctor with 25 years of experience in the Army, Apple mentions that 80% of PTSD patients will suffer from nightmares. Additionally, sleep disturbances can increase the chance of suicide. Currently, the suicide rate for veterans is 52% higher than for nonveterans.

According to Guithues, NightWare has not only helped him sleep, but also takes credit for reducing his medications by half. Guithues thanks the device for saving his life and “healing his mind”.

As of now, NightWare is offered via a prescription, and 400 patients in the U.S. already use NightWare as treatment. Of those 400 individuals, a staggering 98% are active-duty military or veterans. According to a study in the Journal of Clinical Sleep Medicine, those that use NightWare “at least 50 percent of the time had significantly better self-reported sleep quality compared to participants not using NightWare”.

To me, this system is like the man in the foxhole next to me, says Guithues. I tell all the soldiers I know who are going through this, ‘Listen, NightWare has got your six. You don’t have to worry about it — it’s taken over the fight. You can rest now’.