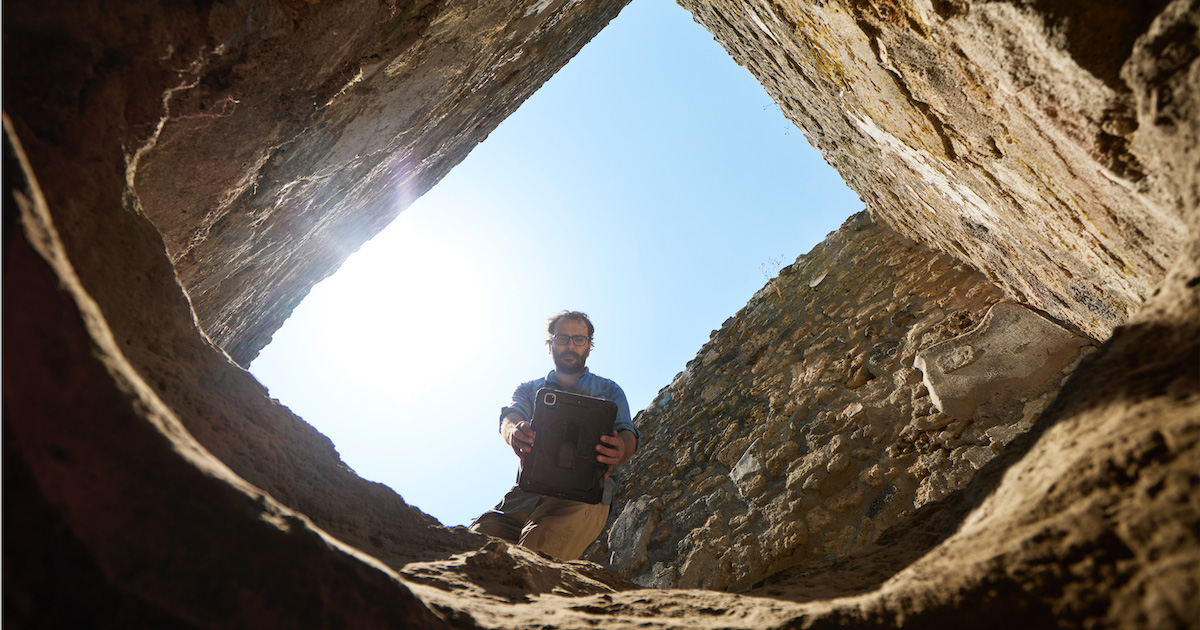 Apple published a new narrative detailing how its iPad Pro helps archaeologists with their work in preserving the ancient history of Pompeii. Aside from the usual archaeological tools such as trowels, buckets, brushes, and pickaxes, a new tool proves to be very useful — the iPad Pro.

In a press release, Apple shared the experiences of a team of archaeologists working at Pompeii. Dr. Allison Emmerson led a five-week dig called the Tuane University Pompeii I.14 Project. The team excavated a commercial building believed to be a restaurant dating to the second or third century B.C.E. (before the Common Era, also known as B.C.). Aside from the usual tools, the group used iPad Pro and Apple Pencil in their work.

While it may seem an ordinary excavation work to unearth ancient materials, the team had two technological goals. One was to implement a completely paperless workflow using a single device, which, you guess correctly, was the iPad Pro. The other goal was to create an online database that would allow others to virtually “re-excavate” the site. Aside from the iPad Pro, the group also used the Apple Pencil, selected Esri’s suite of tools, and the Concepts apps developed by TopHatch.

At first, some of the members of the team were apprehensive about the idea of doing their work with the use of just the iPad Pro and Apple Pencil. Dr. Jordan Rogers, who teaches at Carleton College, said that initially, he was apprehensive because he never used an iPad before.

But the learning curve was so quick, and it’s incredible how much more effective and efficient it’s made the process of data capture, especially with Apple Pencil. I also feel a lot better not having to worry I’m going to lose a sheet of paper — and there used to be so many sheets of paper.

Among the many features of the iPad Pro that proved to be useful for the archaeological work on the ancient city of Pompeii include, enhanced processing speed and battery life, the LiDAR Scanner, and the versatility of the Apple Pencil. Dr. Emmerson summed up the experienced the team had using the iPad Pro in their work.

I understood the site better than I ever have at the end of an excavation — this is the cleanest and clearest archaeology I have ever done, and iPad Pro is such a huge part of that. That’s one of the reasons why this technology is so vital — it lets us show exactly what we did and exactly what we found — because it’s incredibly important to me to live up to the responsibility of excavating a site like this and telling the stories of the people who lived here.