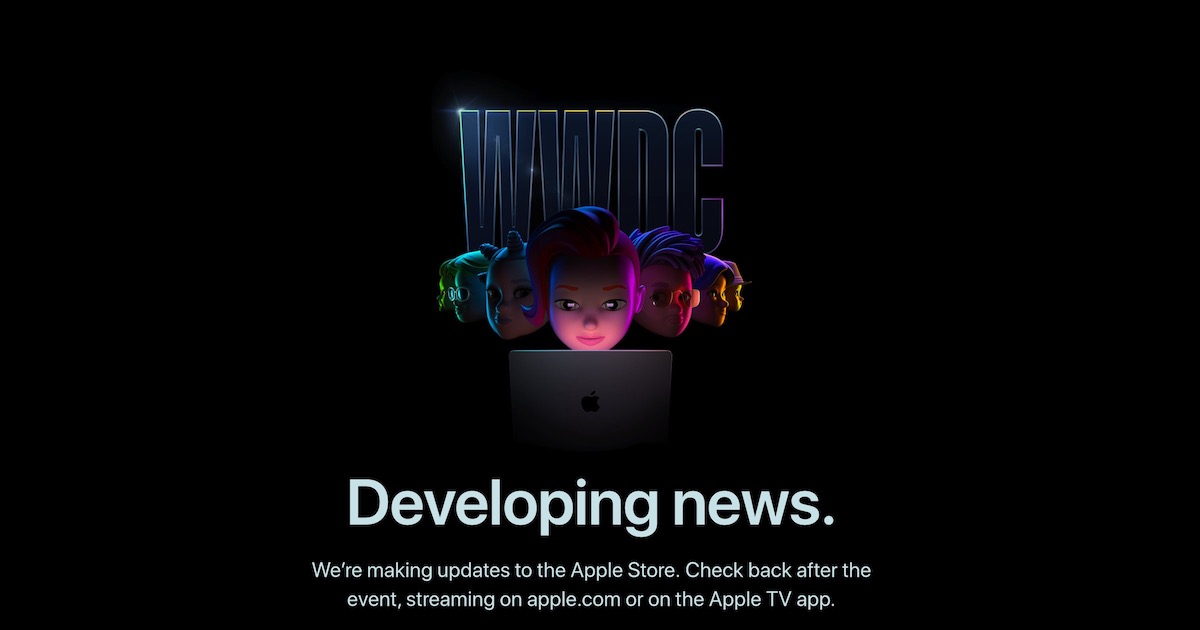 Apple has taken its online store down ahead of the opening keynote for its Worldwide Developers Conference. A traditional move the day of a major event, this typically signifies the upcoming announcement of new Apple hardware.

It’s widely expected that Apple will announce a new MacBook Air during Monday’s keynote. New or refreshed hardware is never a guarantee at WWDC, but many indications suggest the Cupertino-based company is ready to unveil the first notebook to use the M2 SoC. Since the current MacBook Air is more than 18 months old, it may be a prime target for an upgrade.

Furthermore, the MacBook Air has not seen a major redesign in more than a decade. Rumors and leaks suggest the new model will take many of its design cues from the latest MacBook Pro. This means a thin bezel, two USB-C ports, and MagSafe charging. We also expect it to support Touch ID and lack a touch bar. Some suggest the display will jump to 14 inches, with a notch.

There may be other hardware announcements to look forward to, as well. Some suggest Cupertino may preview the Apple Silicon Mac Pro, even though that model likely won’t be available until closer to the end of the year.

Other possibilities include a refreshed Mac mini, perhaps with the M2, and even new MacBook Pro models. That last option seems less likely, since Cupertino just released new models of that family in 2021. Product pages for new Mac mini and MacBook Pro computers surfaced over the weekend, but were ultimately found to be leftover guesses from Apple’s March event.

When Will the Apple Store Come Back Online?

As is typical, the Apple Store will come back after the keynote kicking off WWDC. That event begins at 10 a.m. Pacific, and is available for anyone to view through multiple sources.