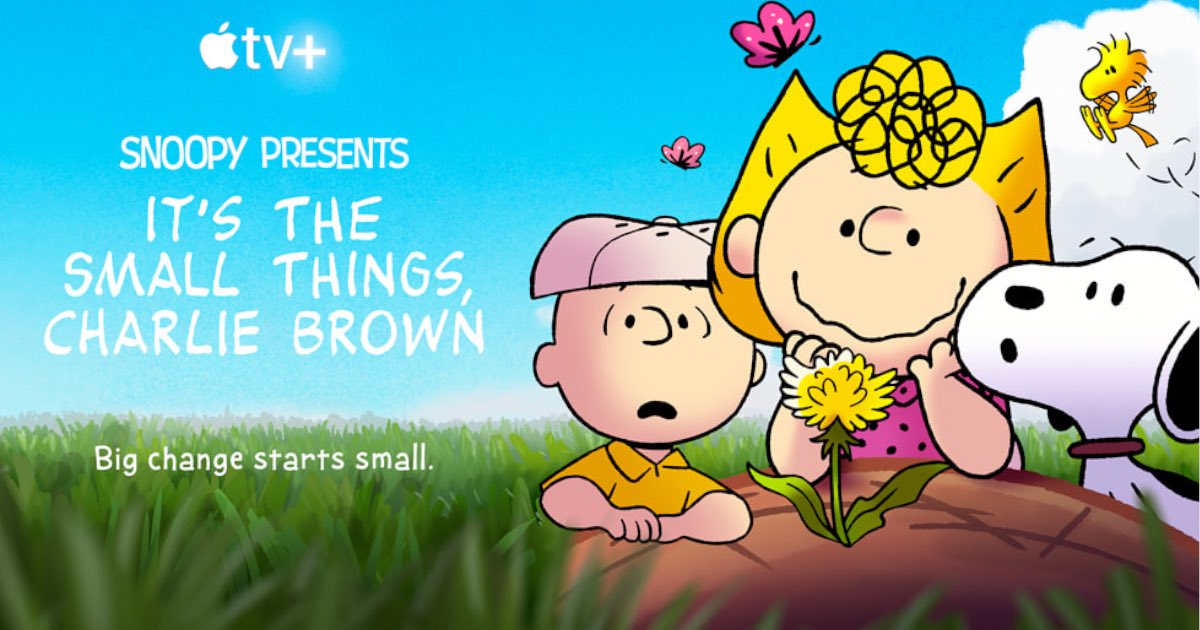 Fans of the classic Peanuts television specials have a lot to look forward to this month. Apple TV+ has recently announced the release of an all new Peanuts special It’s the Small Things, Charlie Brown. Celebrating Earth Day, Apple recently released the trailer for the special. It’s the Small Things, Charlie Brown begins streaming April 15, and features an original song by singer-songwriter Ben Folds.

It’s the Small Things, Charlie Brown follows the story of Sally as she develops a special bond with a flower growing on a baseball field. Although this flower may cause trouble for the big game, Charlie Brown and the team use it as inspiration to make a positive impact on the environment.

Not Just for Kids

The two Peanuts specials are but a couple of new additions for kids and families on Apple TV+. New additions also include El Deafo, Fraggle Rock: Back to the Rock, as well as Harriet the Spy from The Jim Henson Company. Additionally, actor Joseph Gordon-Levitt’s production company HITRECORD in conjunction with Bento Box Entertainment is producing Wolfboy and the Everything Factory.

Apple TV+ is currently available in over 100 countries. It is available across several platforms, including Mac, iOS, as well as several smart TVs and gaming consoles.