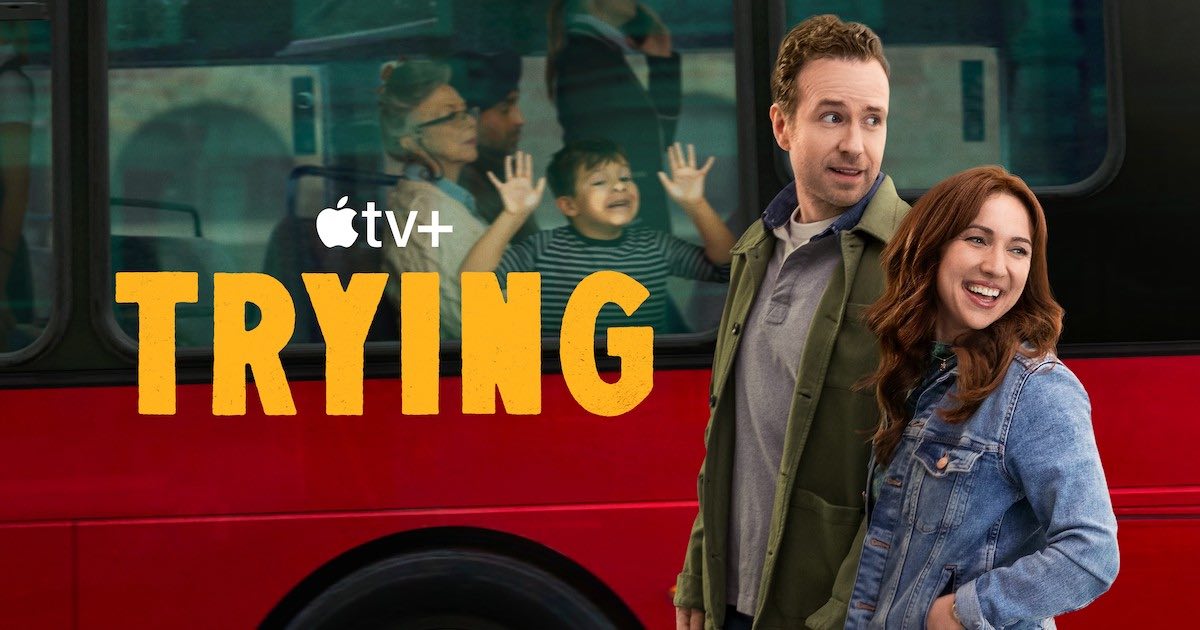 Today Apple TV+ shares the first trailer for the highly-anticipated third season of Trying. The British comedy will see its next installment begin streaming from July 22 on Apple TV+.

The hit series will premier the first two episodes of season three on July 22. From there, new episodes will arrive weekly, with the season seeing a conclusion September 2.

Many fans are eagerly anticipating what is sure to be a spectacular third season. Now, Apple TV+ gives viewers a glimpse of what’s in store.

In a press release, Apple stated

After a dramatic end to season two, the third season picks up with Nikki (BAFTA nominee Esther Smith) and Jason (SAG Award nominee Rafe Spall) waking up as new parents to two children they are still getting to know. Now they just have to keep hold of them, which proves to be trickier than they initially thought. Thrown straight into the parental deep end, Nikki and Jason’s relationships with each other and with their nearest and dearest are tested as they desperately try to navigate the ups and downs of parenting — while hanging onto their kids, and their sanity.

Right now, the first two seasons of Trying are available for streaming through Apple TV+.

Other recent Apple TV+ news includes Billy Crystal signing on to star and executive produce the new series Before. Apple has also made an order for the London thriller Criminal Record. The series is set to star Peter Capaldi and Cush Jumbo.