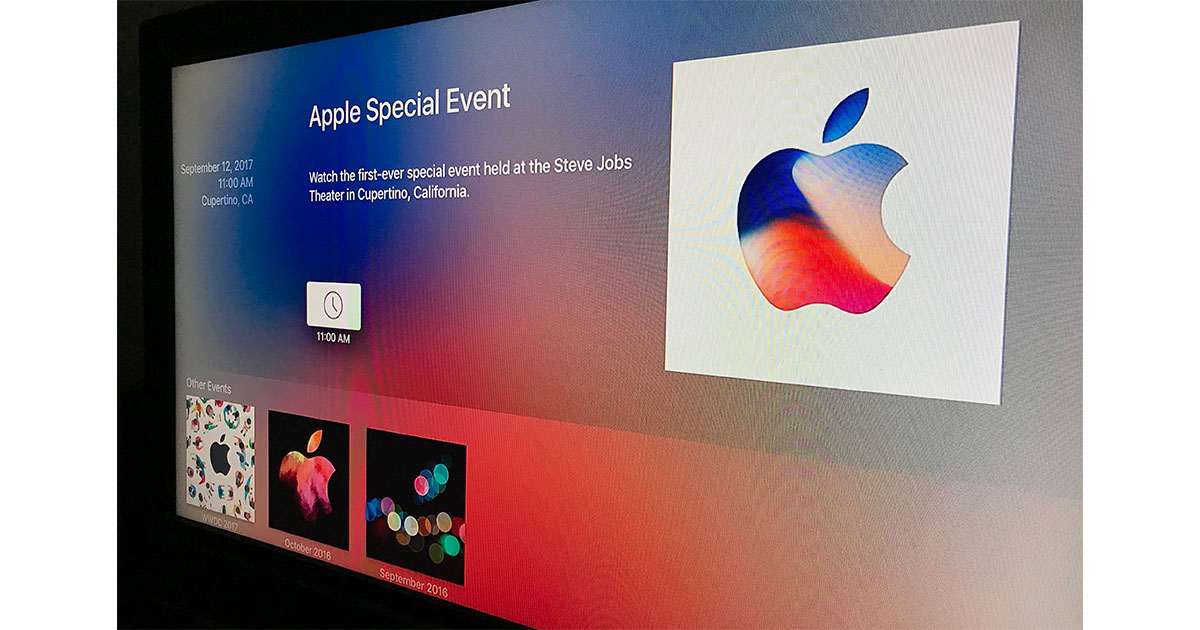 The Apple Events app on the Apple TV is ready for the company’s September 12th media event. The app now shows the same Apple graphic as the media invitations and lists the start time so everyone will know when to tune in and watch.

Apple is hosting its first ever event at the Steve Jobs theater on the company’s new campus on September 12th at 10AM pacific time. The company isn’t saying what announcements are coming but it’s widely accepted that we’ll see a refresh for the iPhone 7, a new OLED screen iPhone, a 4K Apple TV, and likely an LTE-capable Apple Watch.

The channel app update was pushed out so Apple TV owners don’t need to install any updates to watch the event live. If you miss it and want to watch later the recording will be available in the app, too.

Be sure to check in with The Mac Observer next Tuesday for event coverage and analysis.