Apple has officially invited the media to a September 12th event called “Let’s meet at our place” [via The Loop]. The date of the event is in keeping with rumors, and Apple is expected to announce new iPhones, Apple Watches, Apple TVs, and possibly the WWDC-teased iMac Pro. 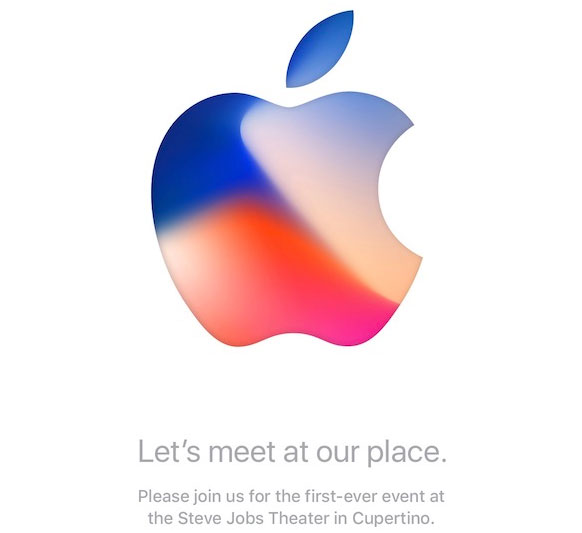 The name of the event is—unusually—not code, as it refers to the location, Apple Park. This will be the first media event held in Steve Jobs’s signature architectural dream building. Apple has just begun moving employees to the new campus in the last few months.

Hmmmm, the colors in that logo, red, white, and blue?