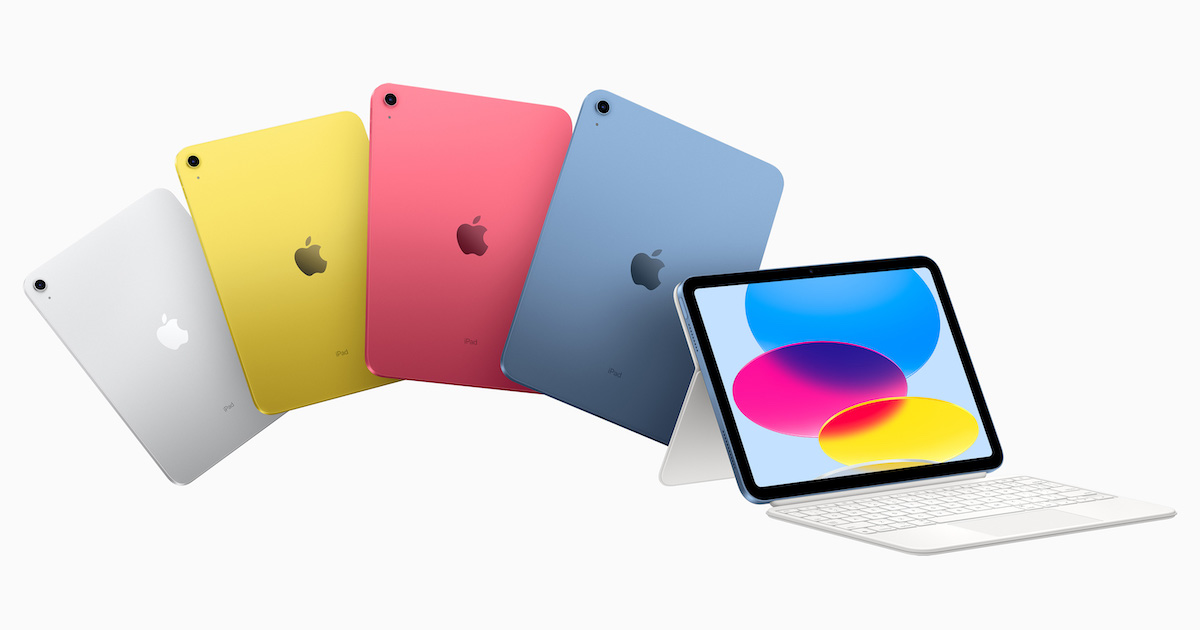 Alongside its other announcements, Apple on Tuesday unveiled a new base-model iPad with a larger screen, updated cameras and USB-C charging. The new model also brings the entry-level iPad closer to the Pro lineup, both design- and feature-wise.

Apple is powering the new 10.9-inch iPad with its A14 Bionic chip. This delivers faster performance than the previous A13, while still allowing for all-day battery life. It delivers a 20% increase in CPU speed and power, along with a 10% improvement in graphics. The 16-core Neural Engine boosts machine learning tasks by up to 80% over the previous generation.

Apple has also updated the camera system on the new iPad. For the first time, the front-facing camera is located along the landscape edge of the tablet. It offers a 12MP sensor and 122-degree field of view, and supports Center Stage to automatically pan and zoom to keep users in view as they move around.

The upgraded 12MP Wide camera on the rear of the iPad allows capturing high-resolution photographs and 4K video. It also supports 240fps slow-motion capture. The dual microphones capture audio from the camera in use while minimizing background noise.

The Cupertino-based tech giant has increased the iPad’s Liquid Retina display size to 10.9 inches and extended the screen almost to the edges. The display offers a 2360×1640 pixel resolution afford more screen real estate for apps and games.

Apple has built the new iPad to offer 500 nits of brightness and True Tone technology, as well as moved Touch ID to the top button of the tablet. Cupertino says the move makes “it seamless to unlock, log in to apps, or use Apple Pay.”

The iPad is available in four color finishes: blue, pink, yellow and silver.

With the redesign, Apple has also ditched Lightning charging on the iPad. It now offers a USB-C charging port for more accessory support and faster charge times.

This keyboard, trackpad and screen cover includes a 14-key function row, full-size keys and support for Multi-Touch gestures. It provides a detachable keyboard and protective back cover that attaches to your iPad magnetically with the Smart Connector.

The new iPad is available online and in the Apple Store app in 28 countries and regions, including the U.S., beginning today. Deliveries start Oct. 26, as does in-store availability.

Apple’s latest iPad starts at $449 for the Wi-Fi model, or $599 with cellular capability. It’s only available in two storage configurations, 64GB and 256GB.