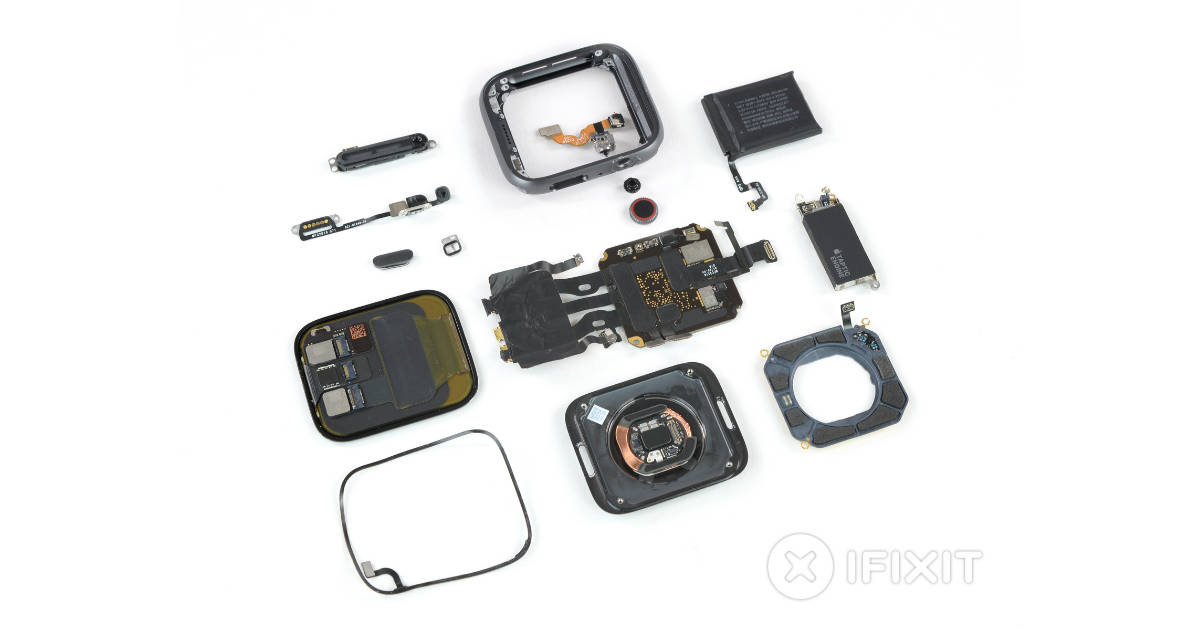 While most people were putting on their new Apple Watch Series 4 over the weekend, iFixit was tearing theirs apart. Inside they found a bigger battery along with a bigger Taptic Engine, and more.

iFixit says Apple clearly put a lot of thought into redesigning the watch both inside and out. They say,

Apple has put some serious thought into the Series 4, serving up a new case, new buttons, new display, and new features. And where the first watch’s internals seemed awkwardly placed and unpolished by Apple standards, for the Series 4 they really painted the back of the fence. Our teardown uncovered a streamlined antenna system, a display that’s both bigger and thinner, and a new ECG conductive digital crown

Apple Watch Series 4 has a battery that’s 4% bigger than previous models, despite its thinner body. That takes it from the Series 3 1.07 Wh up to 1.113 Wh.

They also note the bigger Taptic Engine takes up space that could’ve been used for more battery. Apparently Apple didn’t think we were getting strong enough taps before.

The repositioned speakers let Apple remove one of the case openings from the Series 3 model. Now the barometric sensor is tucked in along side the speakers so it doesn’t need its own hole.

Apple Watch Series 4 is available in retail stores and through Apple’s website. Pricing starts at US$399 for the 40mm model and $429 for the 44mm model.

They mentioned that they replaced the pentalobe screws with tripoint. I guess they didn’t have room for the two extra lobes.