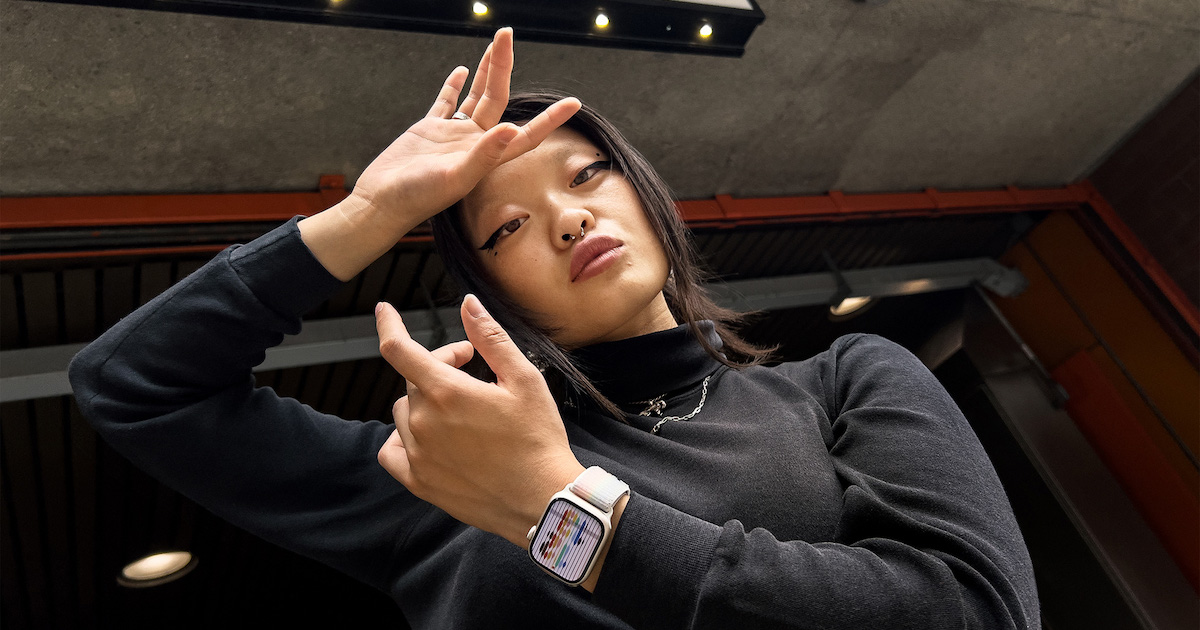 June is Pride month, and Apple typically shows its support of the global LGBTQ+ community with special Watch bands and faces. This year is no different, and the Cupertino-based company has announced the latest releases. They include a new Apple Watch face commemorating Pride month and two new watch bands.

Apple says its new Pride Threads Watch face is inspired by multiple pride flags. To represent the strength and mutual support of the LGBTQ+ movement, the design combines colors as threads. Like past Pride Watch faces, this one doesn’t offer complications but does offer a bit of interactivity. The threads morph to show the time, and respond to the movement of your wrist. 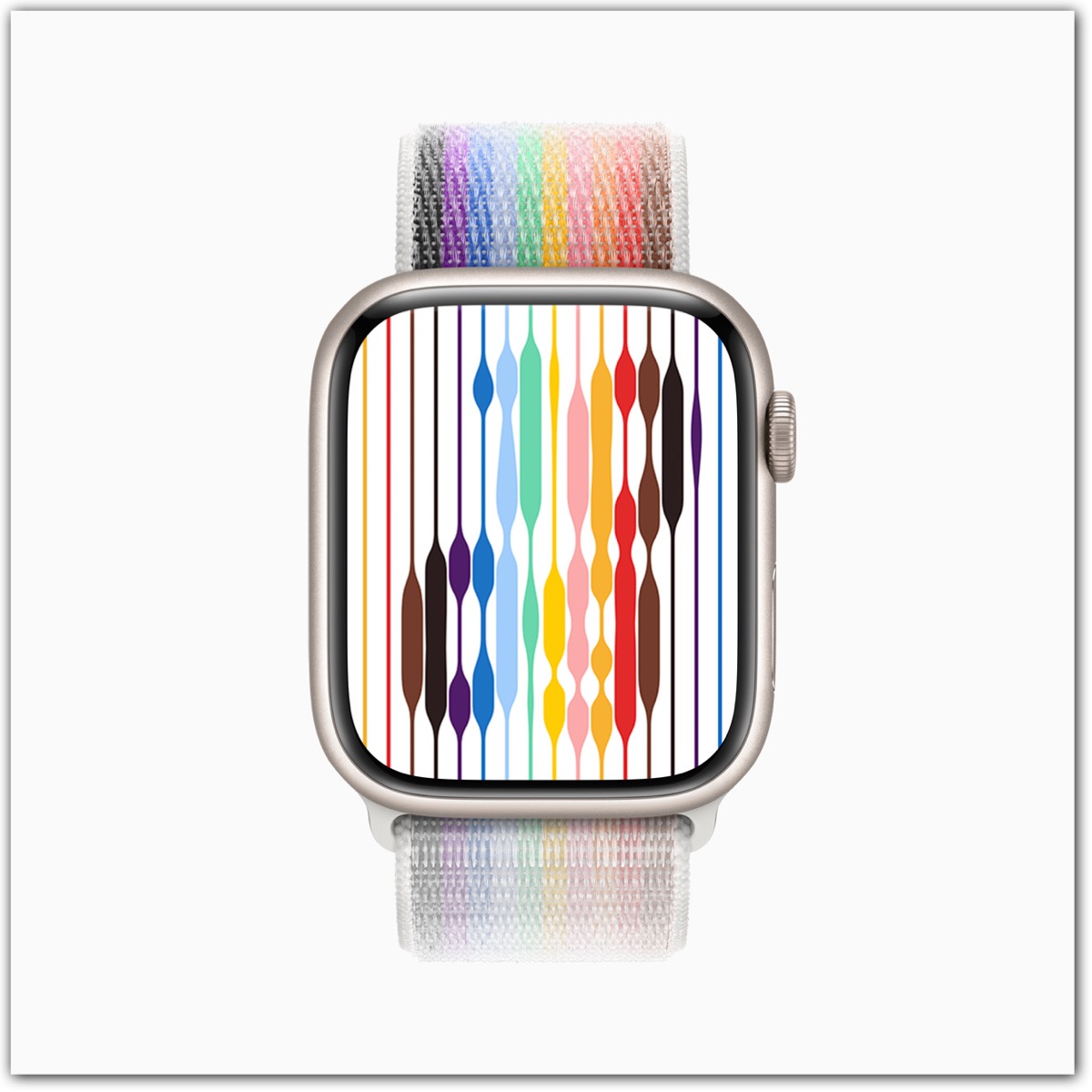 The Pride Threads Watch face is available now. Just open the Apple Watch app on your paired iPhone, and look for it under New Watch Faces in the Face Gallery.

Apple has also announced two Watch bands in support of the movement. The Pride Edition Sport Loop follows that iconic design with a new technique. Cupertino has removed several of the double-layer nylon-woven textile loops from the band to reveal the word “pride.” It’s written in a cursive style inspired by the original “hello” greeting from the first Macintosh in 1984. 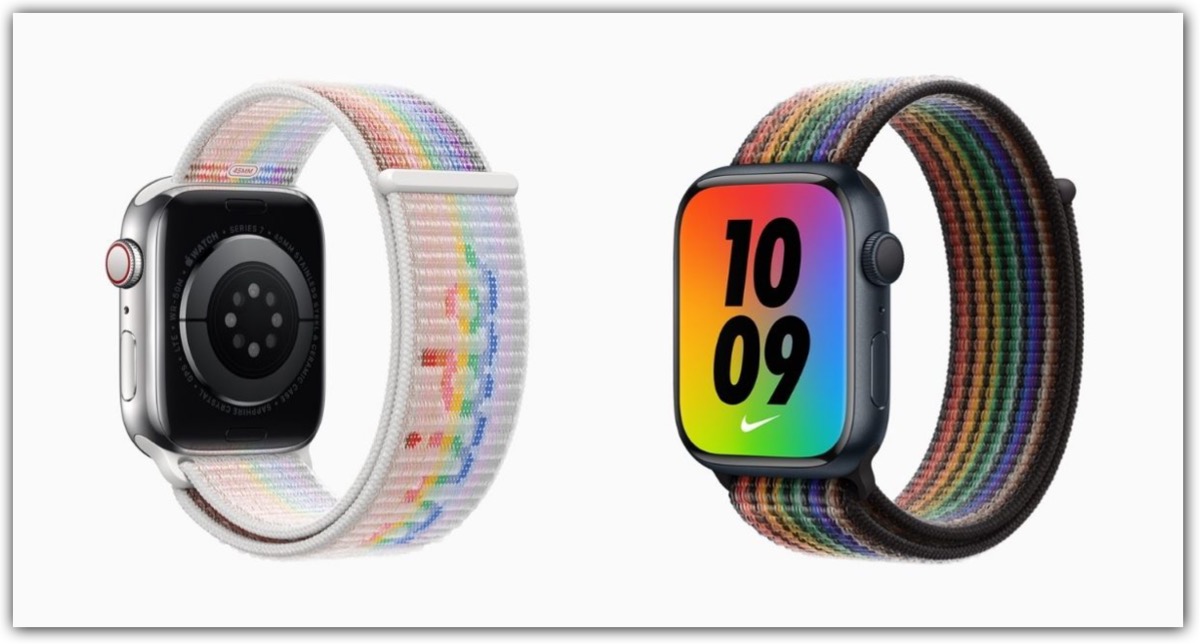 The iPhone maker has also issued a new Pride Edition Nike Sport Loop. This “celebrates the full spectrum of the rainbow” and comes with its own match Watch face. The band and matching rainbow-colored Nike Bounce Watch face honors those expanding LGBTQ+ support within sports.

The Shot on iPhone Pride Campaign

Cupertino is also launching a new Shot on iPhone campaign in recognition of Pride month. It aims to feature works from creatives that celebrate LGBTQ+ pioneers. The series will feature works from various photographers, including Ryan McGinley, Evan Benally Atwood, Meinke Klein, Caia Ramalho, Lydia Metral and Collier Schorr. These photographers hail from all over the world.