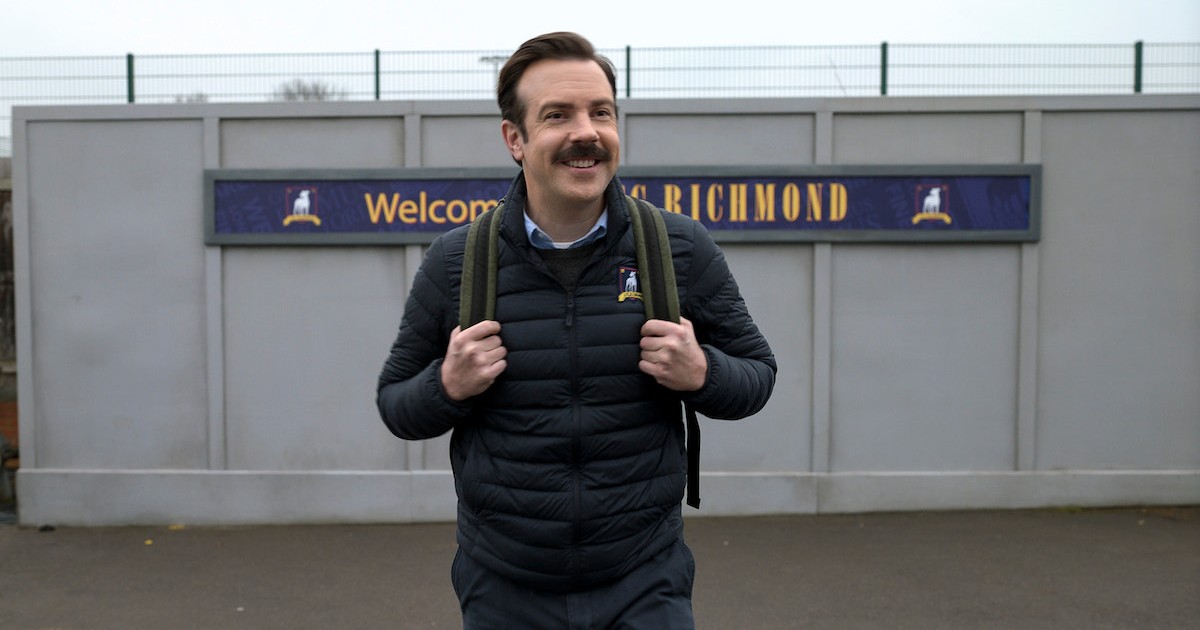 With it being Halloween, it seems even the Ted Lasso cast is looking to get in the spirit of the holiday.

Reports indicate that Ted Lasso star Jason Sudeikis got a fun surprise while filming the new season, as the cast of the Apple TV+ series dressed up as the titular character.

‘Ted Lasso’ Cast and Crew Go as Lasso for Halloween

As observed by AppleInsider, Mark Shepherd made a post on Twitter spotting the cast and crew of Ted Lasso donning Lasso’s iconic mustache and outfit. According to the tweet, Shepherd found the TV crew outside of his office today, and several cast and crew for the series could be seen wearing Ted Lasso’s iconic blue sweater and mustache.

Additionally, this also means that fans can get excited knowing that filming for the third (and possibly last) season of Ted Lasso is officially underway and making progress.

While this is pure speculation, it is worth wondering whether or not the cast and crew dressing as Lasso will end up on the show. Given that it’s a comedy, a rather ridiculous one at that, would it really surprise anyone if the show featured a segment where AFC Richmond solves a problem by dressing up as Lasso? Again, this is pure speculation, but filming this scene during Halloween would make perfect since, if such a scene really exists.

As also noted by AppleInsider, Apple TV+ has been making a rather strong push towards merchandising for the series. In addition to the WB Shop having a slew of Ted Lasso merchandise, including a rather impressive AFC Richmond jacket, some lucky shoppers may find the officially-licensed Ted Lasso socks at their local Wal-Mart. In addition to the socks at Wal-Mart, diehard fans can also get their hands on the “Ted Lasso Party Board Game by Funko Games”.

The promo for the Ted Lasso game states:

Life at AFC Richmond isn’t always simple, but Ted Lasso knows the best ways to rally his team! Now you can join the coaching staff and show that you believe in Believe! Choose to help your friends and footballers with a comforting word or a clever quip. If you ever get stuck, just break out the homemade biscuits! This feel-good cooperative party game is all about having fun, the Lasso Way!

While there is no current release date for season 3 of Ted Lasso, many working on the series claim that it will be the final season. Considering how season 2 ends, it will be interesting to see the series attempt to wrap-up everything in a final season, though many are hoping the series continues past season 3.

Are you looking forward to season 3 of Ted Lasso? Let us know in the comments.