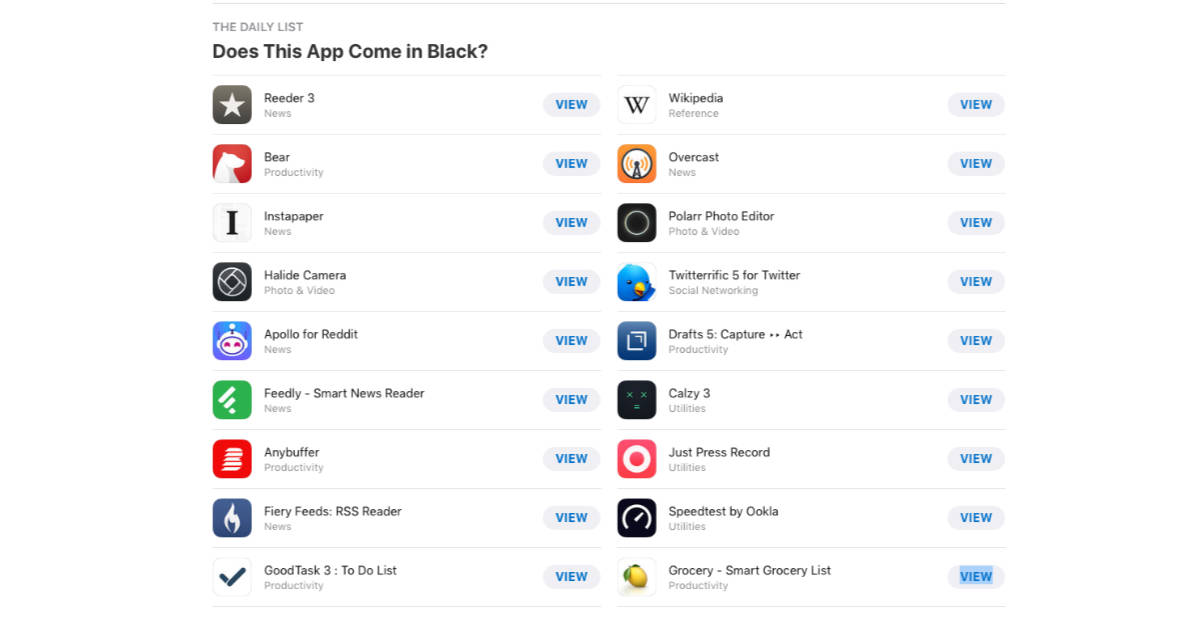 Apple made a big deal out of Dark Mode for apps during its Worldwide Developer Conference in June, and now it’s highlighting iPhone and iPad apps that offer the feature.

Dark Mode is pretty much what it sounds like: instead of white or brighter colored backgrounds for app interfaces you get a dark grey or black look. The idea is that Dark Mode can be easier on your eyes.

Apple recently added a curated list to its App Store with iOS apps that offer a well-designed Dark Mode. Here are the apps Apple included:

You can see the list on Apple’s App Store, too.