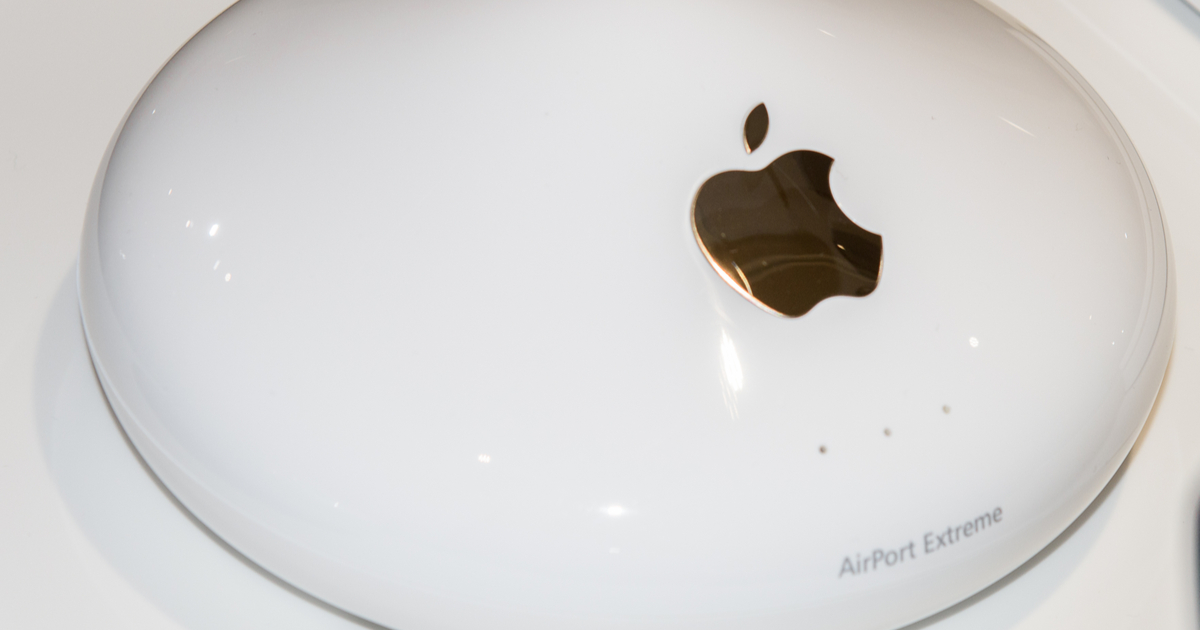 Since Apple discontinued its Wi-Fi router, the AirPort, many have hoped and pleaded for Apple to resurrect the device. Recent filings with the FCC suggest the Cupertino-based company may be working to do just that. Apple recently applied to the FCC for approval for a mysterious new device described only as a “Network Adapter.” Some things just don’t quite add up, though.

Why File With the FCC for a Network Adapter?

Filings submitted in late April describe a new “Network Adapter” product Apple is testing. While the filings don’t include any images or schematics of the device, the documents themselves describe the hardware. The new device carries a model number of A2657, and sounds an awful lot like a Wi-Fi router.

A2657 is a network adapter. It has an integral battery, two gigabit ethernet ports, USB-C connector and antenna. The device supports IEEE 802.11b/g/n radio, Bluetooth radio, and NFC. The network adapter comes with 32 GB memory storage and 1.5 GB RAM.

The device is intended to be connected to a host computer and receive its power through a USB-A port during normal use.

A New Breed of Network Adapter, and Possibly a New Apple AirPort?

The presence of 32GB of internal storage along with 1.5GB of RAM is interesting. The documents also describe a second version of the product, this one with only 1GB of RAM and a Lightning port instead of USB-C. The adapter is running firmware version “19F47,” an early internal build of iOS 15.5.

So, what does that tell us? Like the Apple Studio Display, the network adapter likely runs based on an Apple Silicon chip, supports Gigabit Ethernet connections along with Wi-Fi, Bluetooth, and NFC. Rather than relying on its own power adapter, the device is designed to draw its power from a connected Mac computer. That being said, it’s probably also possible to power the device using an AC charging brick.

The Problem With the Described Network Adapter

Truthfully, I don’t think this device is aimed to be the resurrection of Apple’s AirPort. While it supports IEEE 802.11b/g/n Wi-Fi, the test documents describe a rather serious design flaw for a modern Wi-Fi router.

It only has a 2.4GHz Wi-Fi radio. Nearly every Wi-Fi router I’ve seen in the past five years has offered both 2.4GHz and 5GHz bands. All of Apple’s computers and mobile devices operate on both bands, and the 5GHz Wi-Fi spectrum tends to offer the best performance.

The last generation of Apple’s AirPort Extreme base station, the 6th generation, worked on both the 2.4GHz and 5GHz frequency bands. The team developing wireless routers for Apple disbanded in late 2016, and Cupertino discontinued the product line altogether in 2018. Cupertino is highly unlikely to release a product that’s essentially a step backwards.

So, what is this new “Network Adapter?” Apple occasionally registers devices with the FCC intended for its own internal purposes. Sometimes these are tools to repair Macs and iPhones, or troubleshoot them.

That seems the most likely scenario here. As much as I’d love to see Apple bring back the AirPort router, I’d never purchase one lacking at least 5GHz support.