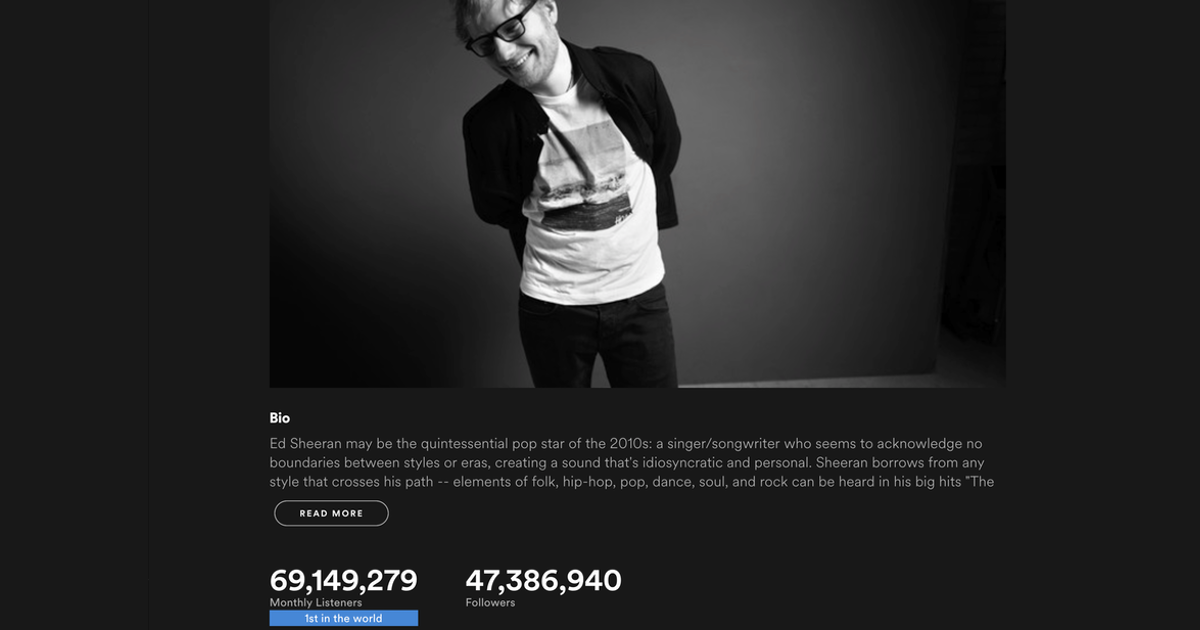 He might not be regarded as the coolest artist out there, but that has not stopped Ed Sheeran dominating Spotify. Nearly a third of the music streaming service’s users played his hits in the last month.

Spotify showed that Mr. Sheeran’s music had 69, 149 279 monthly listeners. (He’s likely to hit 70 million monthly listeners in the very near future.) This means that almost a third of Spotify’s users listened to him – it had 217 million users according to figures released in March. Furthermore, Spotify included his music in over 800 official playlists.

The massive figures followed the release of the British artist’s new No.6 Collaborations album. That received 46.5 million total plays in the first 24 hours after its release. It all made Mr. Sheeran the number one artist on the platform globally.

Ed Sheeran is an undisputed international superstar… He and his team were eager to leverage Spotify’s discovery capabilities to reach fans across our nearly 80 markets around the world and make No. 6 Collaborations Project even more of a global sensation. Further, given the collaborative and cross-genre nature of the album, the music was uniquely positioned to target an especially wide array of listeners — both fans of Ed, and the many featured artists — and music from his album landed in more than 800 official Spotify playlists, an incredible and rare feat. 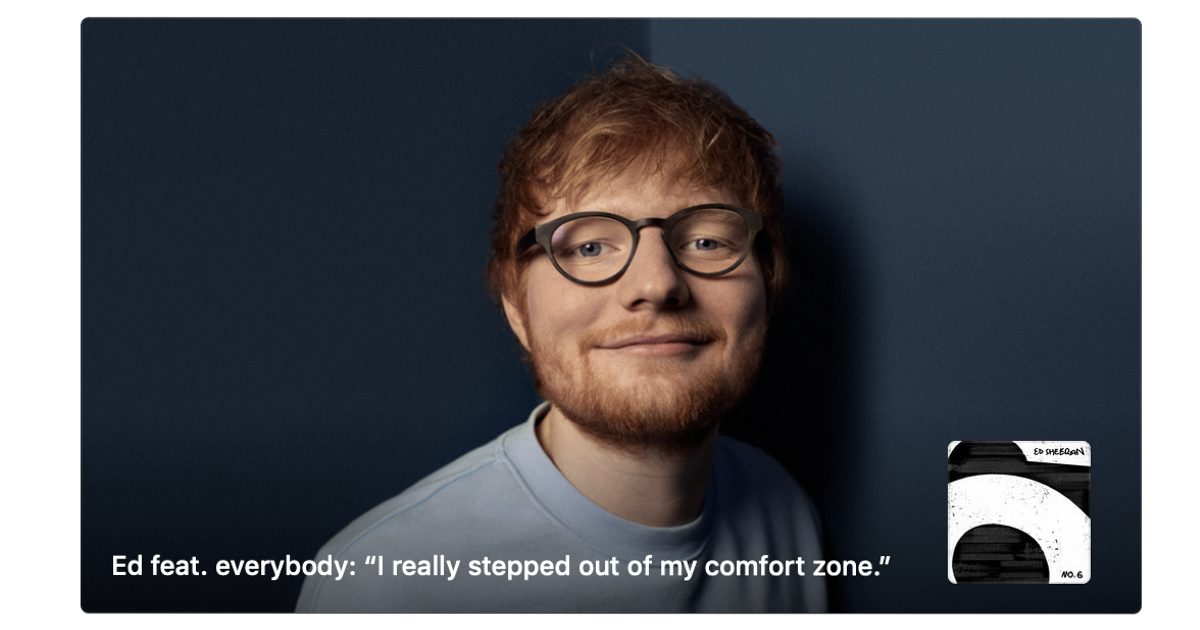 Mr. Sheeran’s new album featured prominently on Apple Music too. The numbers are not public in the way they are on Spotify, but he is front and center in the Browse section (certainly in the UK). The singer recorded a video interview too, promoting the project.

One thought on “Ed Sheeran is Absolutely Dominating Spotify”