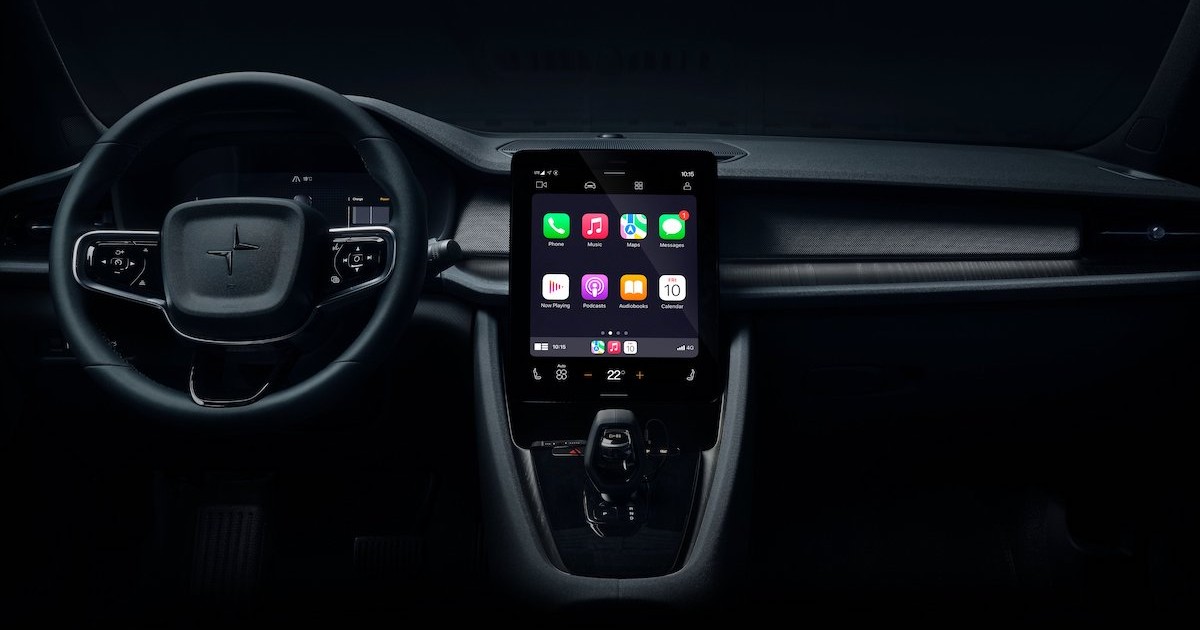 What makes this addition to the Polestar 2 interesting is that the vehicle’s infotainment system is powered by Android Automotive. This Android operating system is a full-fledge OS that runs directly on the in-vehicle hardware. Note that users should not confuse Android Automotive with Google’s CarPlay competitor, Android Auto.

Polestar stated in a tweet that the over-the-air software update will roll out to customers in increments. The company also noted that the update is also available through Polestar workshops. Right now, it is uncertain when the rollout will see completion.

Currently, Apple CarPlay is available for 600 vehicle models ranging from dozens of automakers, according to Apple. However, some of the more popular electric vehicle brands, such as Tesla, Rivian and Lucid Motors are not currently supporting the feature within its vehicles.

During WWDC22 earlier this month, Apple gave a preview of the “next generation” of CarPlay. The next generation includes support for multiple displays in a vehicle, as well as direct integration with the vehicle’s speedometer, fuel gage, climate controls for A/C and heat and more.

Furthermore, Apple is also looking to China to expand the reach of CarPlay. Recent news suggests Apple is looking for a local engineer in China that has automotive experience. The position entails providing integration support to automotive partners while also assisting developers in completing Apple system certifications.

According to Apple, vehicles that will support the new CarPlay experience will most likely see an announcement in late 2023. Automakers committed to Apple include Ford, Lincoln, Mercedes-Benz, Infiniti, Honda, Acura, Jaguar, Land Rover, Audi, Nissan, Volvo, Porsche and more. Additionally, Apple also stated that it would share more information about the next generation of CarPlay in the future.