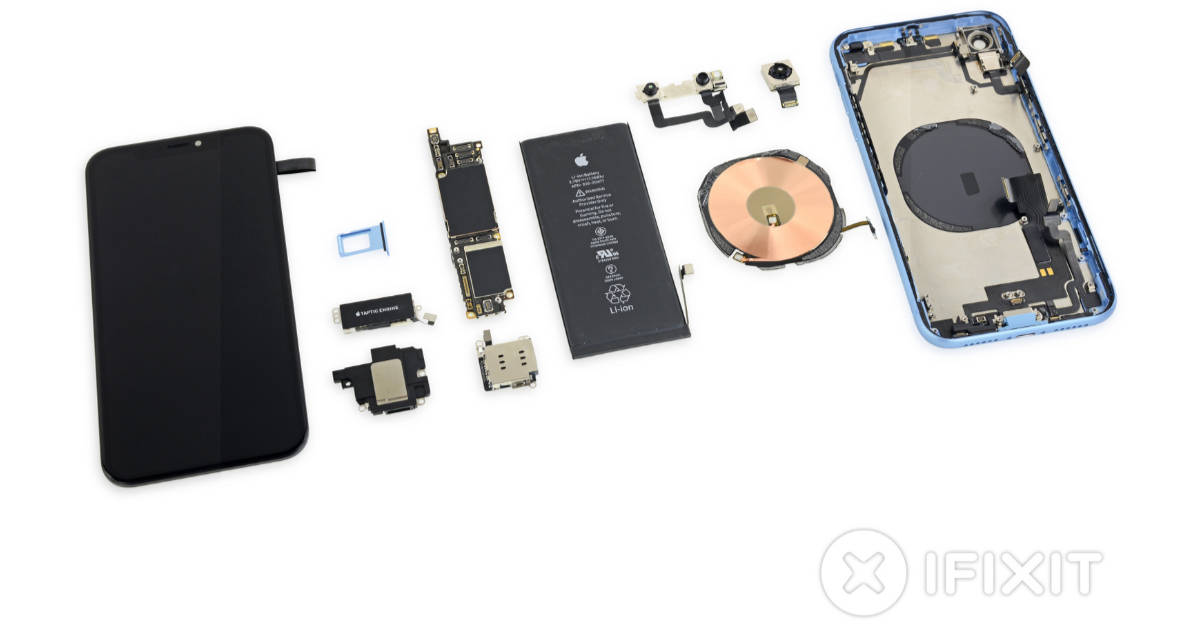 iFixit tore apart Apple’s new iPhone XR, and what’s inside shows it really is the best value for your money. At US$750, it gives you a bigger screen than the iPhone XS, the same horse power as its siblings, and has an impressive battery life.

The iPhone XR’s 6.1-inch display is LCD instead of OLED, which will be a disappointment for some. It’s backlight—a necessary component for the LCD screen—is the likely culprit behind the Lightning port and bottom screws not aligning. The backlight takes up enough space that Apple had to shift the Lightning port to accommodate it.

If you’re wondering what happened to the iPhone 9, we found it: It’s masquerading as the iPhone XR. A peek under the hood revealed design hallmarks reminiscent of both the iPhone 8 and X. Most notably, the iPhone XR returned to a single-decker logic board—a pre-X-series design—although the board is vaguely rectangular like its recent brethren. And after all the L-shaped battery shenanigans, we’re back to an old-school, bar-shaped, single-cell battery.

iFixit also found Apple’s modular SIM reader inside. That’s most likely necessary for multi-SIM support, which is new for this year’s iPhone lineup.

Apple’s iPhone XR is available now starting at US$749. You can check out the rest of the teardown at the iFixit website.