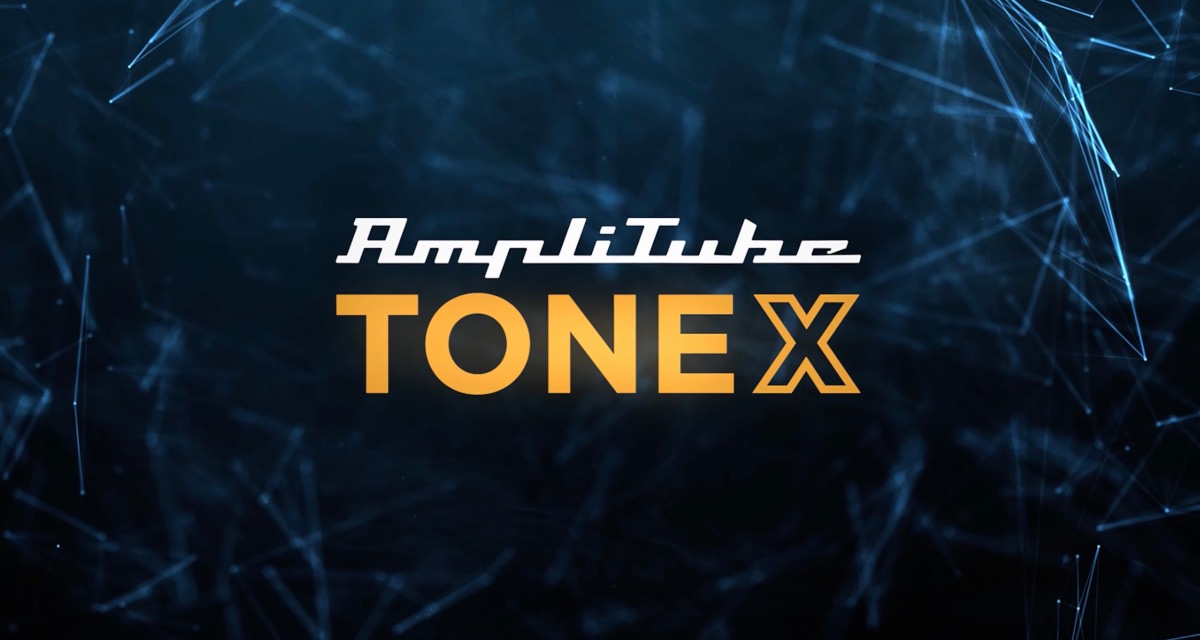 Guitar fans, you have something new to look forward to. IK Multimedia has announced AmpliTube TONEX, a complete software ecosystem that is based around new Machine Modeling technology that allows users to model their own rig to play, practice and record with thousands of already available realistic Tone Models of amps and pedals.

Concerning TONEX for Mac/PC, TONEX is the core of the ecosystem. Implementing AI Machine Modeling technology, TONEX allows users to model the sound of any amp, cabinet combo or pedal and turn it into a plug-in. Users will be able to capture any tone with ease and sonic-accuracy that is nearly identical to the real thing.

Additionally, users will also be able to share their user-generated Tone Models with the TONEX community, while also being able to instantly play more 1,000 Premium Tone Models available through TONEX. The tones featured were all painstakingly made by IK using a massive collection of the most sought-after amps and pedals in the world.

TONEX is available for both Mac and PC and works either as a stand-alone application or plug-in for all major DAWs. TONEX is also available to work within AmpliTube 5, and Tone Models will appear just like regular AmpliTube gear.

Furthermore, TONEX also has two main sections: the Machine Modeler, where the AI Machine Modeling Tone Models are capture and generated, along with the Player, where users can search, browse and play customized Tone Models.

Additionally, TONEX also features extensive sound-editing sections that benefit from full EQ, noise-gate, pre and post compressor, depth and presence controls, high-quality reverb and IK’s Volumetric Impulse Response (VIR). Also, Tone Models can also be separated between captured amps and cabinets, so that users are able to experiment with them together or individually.

A free version will also be available.

Announcing the TONEX App for iPhone and iPad and ToneNET

Along with TONEX for Mac/PC, IK Multimedia is also releasing the TONEX App for iPhone and iPad. Just like the TONEX software, the TONEX app is also available to act as a stand-alone app, or can operate as an AU plug-in for all major mobile DAWs. In addition to having access to 1,000 of tones, the TONEX app also allows users to access the Tone Model Library from either the app or desktop, meaning users can take their tones on the go.

In addition to TONEX for mobile and desktop, IK is also introducing ToneNet, an online tone-sharing and social platform for users to browse, demo, download and share tones. From the start, over 1,000 Tone Models will be available on ToneNET for downloading and demoing. Furthermore, new Tone Models from IK as well as free user models from the TONEX community will be continuously posted and available in real time. The TONEX standalone, plug-in and app all connect instantly to ToneNET directly from the software or app.

Lastly, TONEX Capture allows Tone Models users to create tones using a modern computer, a regular audio interface and minimal additional equipment. IK suggests an interface such as AXE I/O for tone modeling in thanks to its dedicated Amp Out.

TONEX Capture is an accessory that connects to the output of an audio interface and feeds into an amp at just the right level. Then the return stage sits passively between the amp and the cab, sending a perfect copy back to the interface without affecting the amp/cab interaction. TONEX Capture is then able to have a pristine copy of your real tone, ready for TONEX modeling.

In terms of pricing and shipping, TONEX for Mac/PC and TONEX Capture will see shipments in September, and are now available for pre-order at an introductory price. Additionally, the TONEX App will also be available at the same time through the Apple App Store.

Current prices are as follows:

TONEX is currently available for pre-order through IK Multimedia’s official website or through authorized retailers.

Are you lookin forward to AmpliTube TONEX? Let us know in the comments.