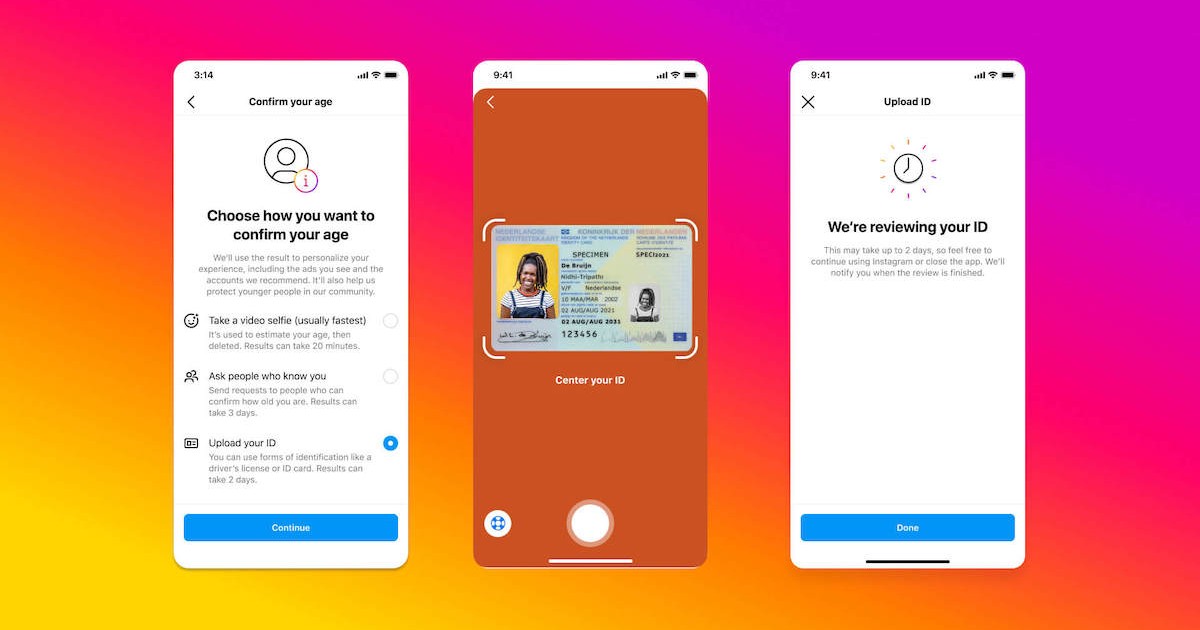 According to reports, Instagram is now rolling out additional AI-powered age verification programs to markets in India and Brazil.

For those claiming to be 18 or older, Instagram is now implementing services looking to confirm age. Testing of the feature in the U.S. began earlier this year.

Instragram Rolls Out Age Verification to India and Brazil

According to a report from TechCrunch, Instagram uses authentication techniques that involve running video selfies through artificial intelligence. According to Instagram, users can also authenticate their age by uploading a photo of their ID. Instagram states that the company deletes ID photos after 30 days.

An update on Instagram’s official blog stated that along with India and Brazil, the company is also looking to expand to the U.K. and EU by the end of the year. Additionally, the company also announced that it was removing its “Social Vouching” option for age verification to “make some improvements”. The Social Vouching option allowed users to verify their age through mutual friends on the social platform.

Users under 18 have been a massive problem for the company. According to TechCrunch, many are critical of Meta for allowing children under 13 to use the platform. Critics also take umbrage with the social media platform not doing enough to prevent teens from having access to harmful content.

Back in 2021, Facebook had plans to introduce an Instagram for Kids. In response, forty-four different attorneys general wrote a letter to the company in protest.

Concerning children and social media, it is a complicated issue, to say the least. No doubt children of today want to be able to access social media the same as anyone else, but those who have spent time on the internet are all too aware of what a terrible place it can be. It also doesn’t help that Instagram can implement some rather shady policies.

For parents, do your best to remain vigilant concerning your child’s access to social media. Making the decision on when it is appropriate for your child to have access to the internet and social media can be a difficult choice, so do your best to research as much as possible. As someone who grew up as a teenager in the time of rotten.com, I certainly am no one to judge the decisions they make regarding their children and their access to the internet.

What do you think about Instagram’s roll out of these new features? Let us know in the comments.