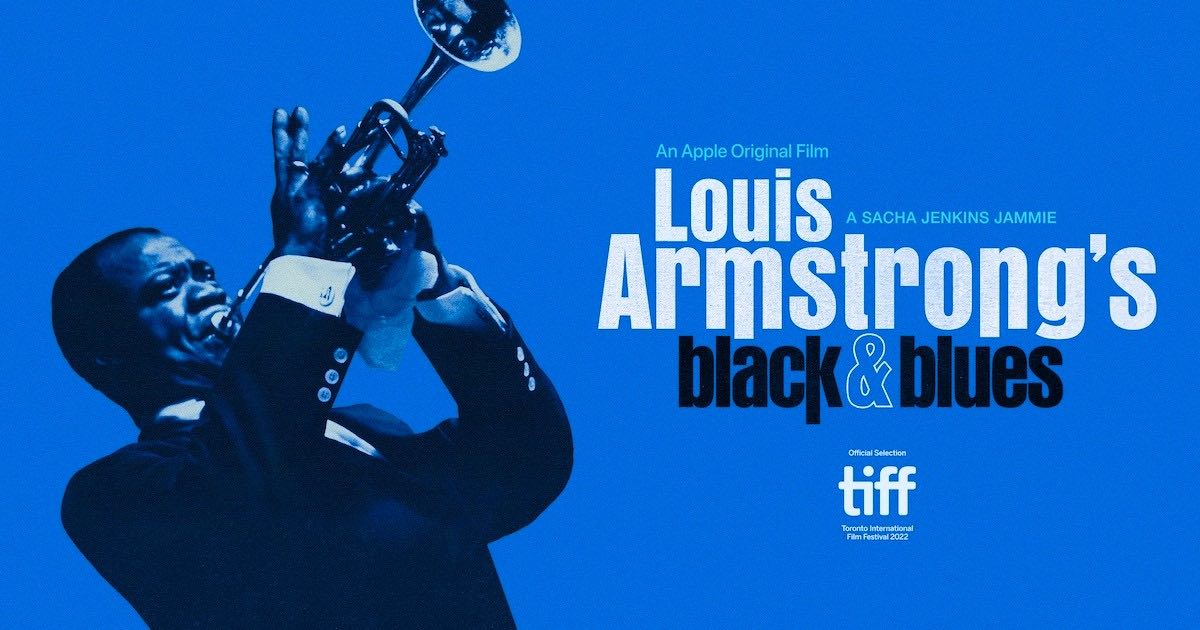 Apple TV+ has unveiled the trailer for the new documentary on the life and times of artist Louis Armstrong, with the film Louis Armstrong’s Black & Blues.

The film premieres in select theaters as well as a global premiere on Apple TV+ Oct. 28, 2022.

Louis Armstrong’s Black & Blues offers an intimate and revealing look at the world-changing musician, presented through a lens of archival footage and never-before-heard home recordings and personal conversations. This definitive documentary, directed by Sacha Jenkins, honors Armstrong’s legacy as a founding father of jazz, one of the first internationally known and beloved stars, and a cultural ambassador of the United States. The film shows how Armstrong’s own life spans the shift from the Civil War to the Civil Rights movement, and how he became a lightning rod figure in that turbulent era.

Along with being one of the most influential Jazz legends of his era, Armstrong also appeared in a series of films. As the trailer observes, Armstrong was one of the first Black movie performers to have their name appear above the title of the movie. The documentary also explores Armstrong’s life from the perspective of a Black musician during a period of segregation in America.

Of course, Armstrong also had one of the most recognizable and wondrously haunting voices in American music. His song, “What a Wonderful World”, is perhaps still one of the most beautiful and iconic songs to arrive from not only Jazz, but possibly Western Music in general. The original version, containing Armstrong’s spoken intro, can still largely resonate with a larger audience today.

Furthermore, Apple TV+ has also recently announced that several original series will make their way to DVD and Blu Ray for the holiday season, including SEE and For All Mankind.

Are you looking forward to the Louis Armstrong documentary? What are you watching on Apple TV+ right now? Let us know in the comments.