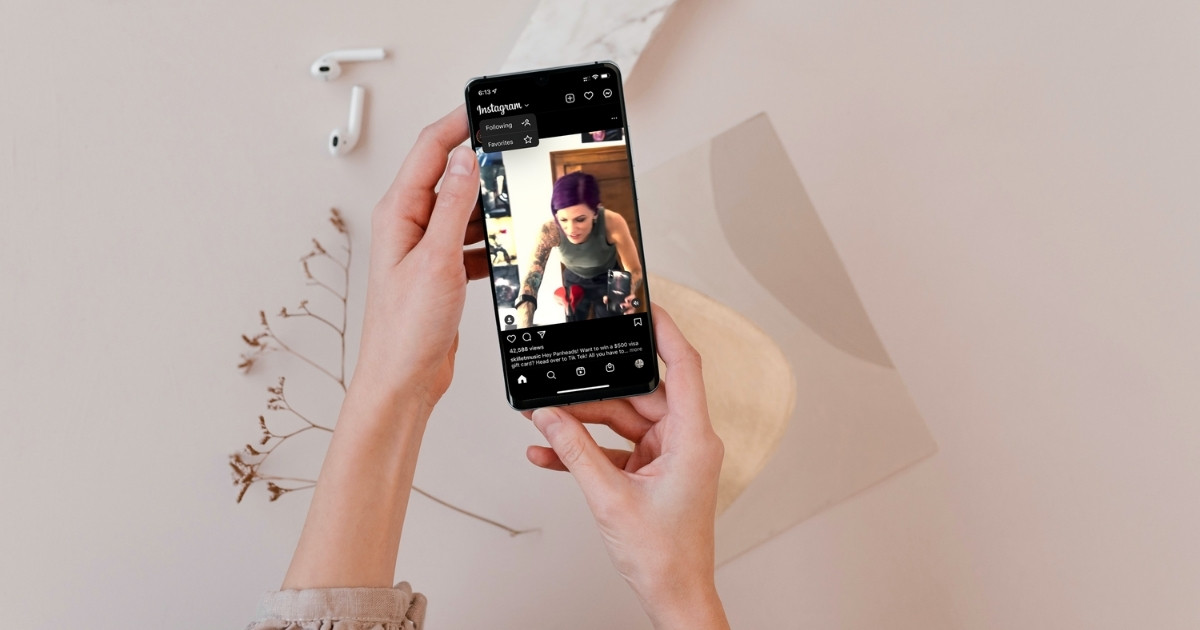 On Wednesday, Instagram rolled out two new ways users can control what the social network displays on their feeds. IOS (and Android) users can now choose to display Favorites or Followings in addition to the default, home feeds that are based on established algorithms that Instagram set.

Difference Between Favorites and Following

According to Instagram’s release announcement, when a user chooses the Favorites option, the app will display the latest posts from accounts that were previously added to the user’s favorites list. These posts will show up higher in users’ home feeds. The Following timeline option will display posts from the people that users follow. Instagram will display posts in chronological order in both options.

To use this new feature, simply tap the Instagram logo on the top left corner of the home page. If you opted for Favorites, the app will display posts from up to 50 accounts that you’ve added to your Instagram favorites.

Users cannot set either option as their default feed, though.

As a brief background, on December 2021, Instagram head Adam Mosseri issued a statement that Instagram would bring back the chronological feed. The promise came as he testified before a Senate panel probing the potential harm of using Instagram for young people. There was a growing concern among lawmakers about giant companies’ use of algorithms to sort the content people see. The lawmakers were particularly concerned with the impact of algorithms on younger people.

Mosseri assured the Senate panel that Instagram was working on a feature that would give users a choice of what content to display. He stated Instagram would launched the feature in early 2022.

In its official announcement, Instagram said that it is always working on new ways to improve its experience, be it on its mobile apps or the web.

Instagram could also be getting ahead of possible legal requirements that the government will impose later. U.S. lawmakers have passed several bills that aim to lessen social media platforms’ reliance on algorithms.

The feed options were rolled out to global users across iOS and Android. It is not yet available on the web version of Instagram though.