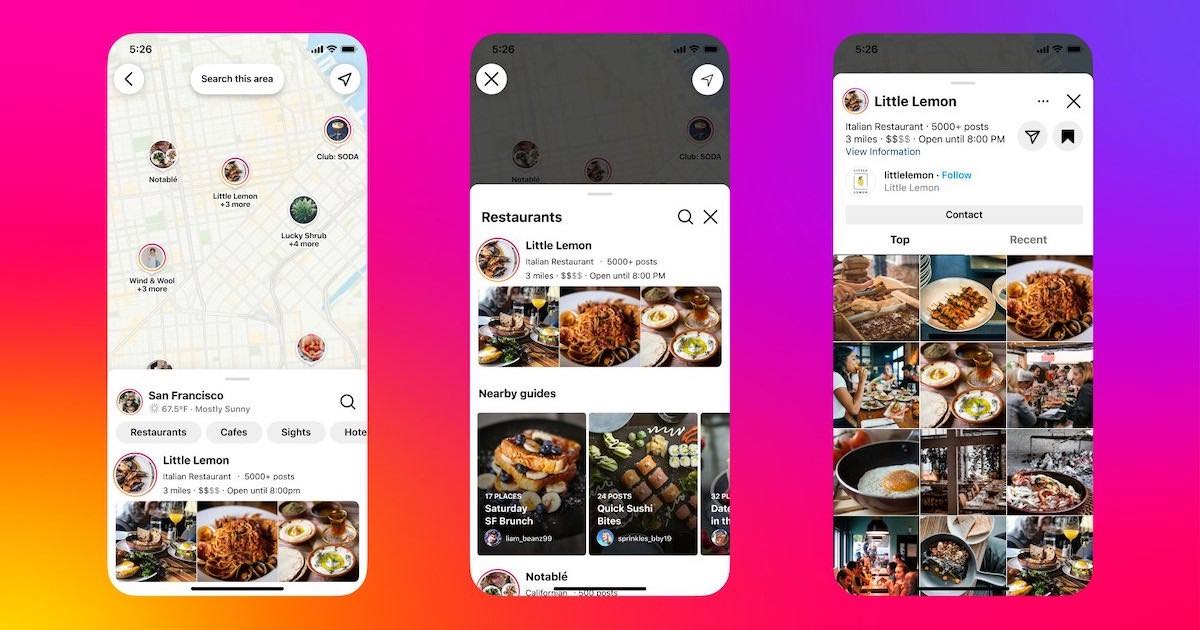 This week Instagram has announced new mapping features rolling out to users on iOS and Android. This new experience allows users to discover more places nearby while also see what other users are sharing as these locations.

Currently, Instagram has had a feature that allows users to explore other people’s posts on a map. Now the Meta-owned platform is adding even more functions to the features. This includes a way for user to find new restaurants, cafes and parks. The new features are based on users adding geotags to their posts and stories.

Users can also search for a specific place in the Explore tab, or tap the location tag on a post or story in order to see what’s nearby. Instagram also shows other places on the map so that you can see other posts and Stories from these locations.

Now you can now find popular locations around you or filter by categories like cafes or beauty salons. pic.twitter.com/asQR4MfljC

Instagram has also made its search more intuitive, now providing quick filter options, such as for restaurants, bars, cafes, events and hotels. Once a user finds a place they like, they can save it for later, send it as a direct message, share it with someone or follow its instagram profile. In an Instagram Story, CEO Mark Zuckerberg said that the new map will help users rediscover local businesses.

In terms of functionality, the new features from Instagram feel reminiscent of the early days of FourSquare. Way back when, Foursquare provided check-in services that would allow user to keep a list of where they have been and see where their friends are in relation to them.

In 2014, Foursquare split the app into two separate categories. The check-in features of FourSquare moved to an app called Swarm, whereas the new Foursquare became more of a competitor to Yelp.

For Instagram, the company has been working hard to compete with its main competitor TikTok, which has only continued to grow. At the top of the month, Instagram launched a subscription feature that allows creators to monetize their content.

Additionally, back in March, Instagram also added two new features that allow users to control what the social network displays on their feeds. In addition to the default setting, users can also choose to display Favorites and their Followings.

What do you think of Instagram’s new features? Let us know in the comments.