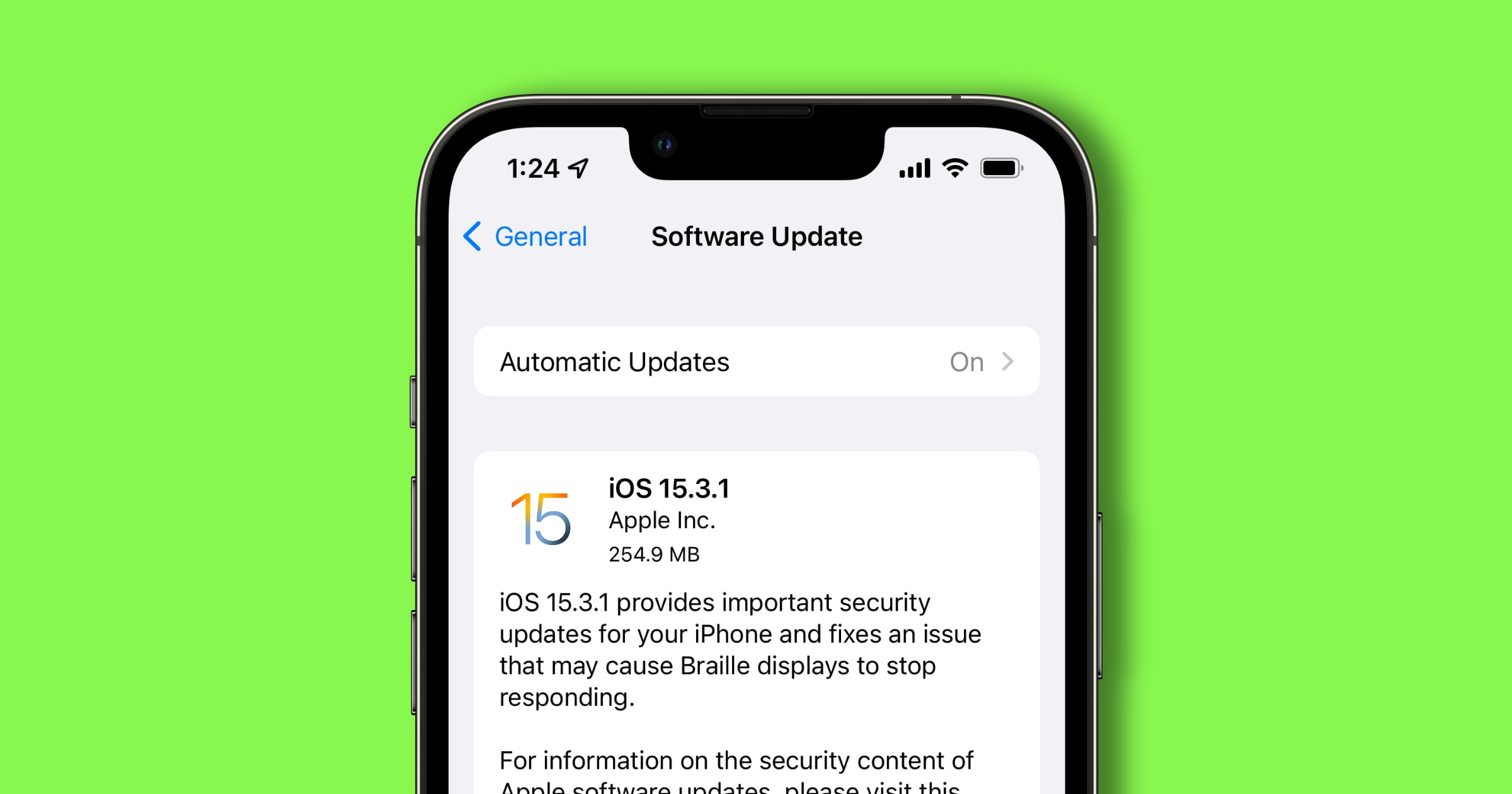 Apple has released iOS 15.3.1 on Thursday that that fixes a problem with an accessibility feature. It also contains security fixes. You can download it through Settings > General > Software Update.

The release notes for this software update are short, saying only:

iOS 15.3.1 provides important security updates for your iPhone and fixes an issue that may cause Braille displays to stop responding.

The release includes one security fix that impacted WebKit: