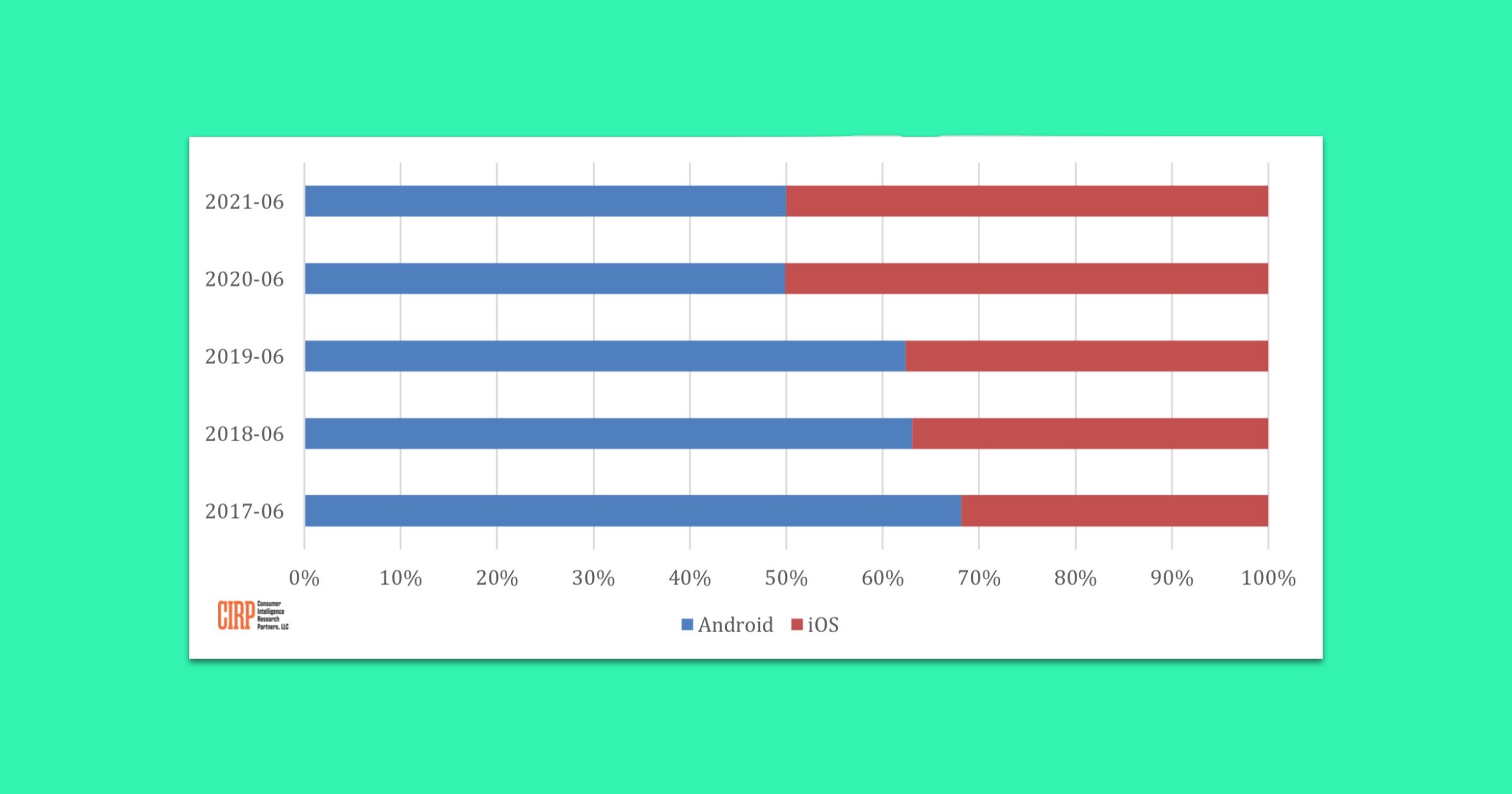 A report [PDF] on Monday from Consumer Intelligence Research Partners (CIRP) shows that both Android and iOS equally had device activations in the April-June quarter for 2021.

CIRP bases its findings on its survey of 500 US customers that activated a new or used phone in the April-June 2021 period.

For several years Android smartphones had a significant edge, with over 60% of customers opting for an Android phone in most quarters. In the past couple of years, though, iOS has closed the gap, and now splits the market with Android.

Although the two operating systems both had 50% of new activations, Apple did have an edge when it came to platform loyalty. 93% of iPhone owners upgrade to a new iPhone as opposed to switching, whereas 88% of Android owners stuck with Android. Over the past several years Android loyalty has remained constant, but iOS loyalty increased approximately 5%.