Instagram began rolling out the ability to post to multiple accounts at the same time on iOS. The company confirmed the move on Wednesday, just months after it seemed to rule out adding such a feature.

An Update for Influencers

iOS users running multiple Instagram accounts can now post the same picture to them at the same time by toggling to “on” the accounts you want the snap to go to. The feature was not available on Android devices at the time of this writing. 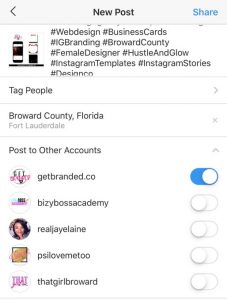 Until now, if you wanted to share something on multiple accounts you had to upload it to each one of them. Users could also use unofficial “Regram” apps. In just November 2018, the Facebook-owned app ruled out introducing a native “Regram” function. That appears to have changed.