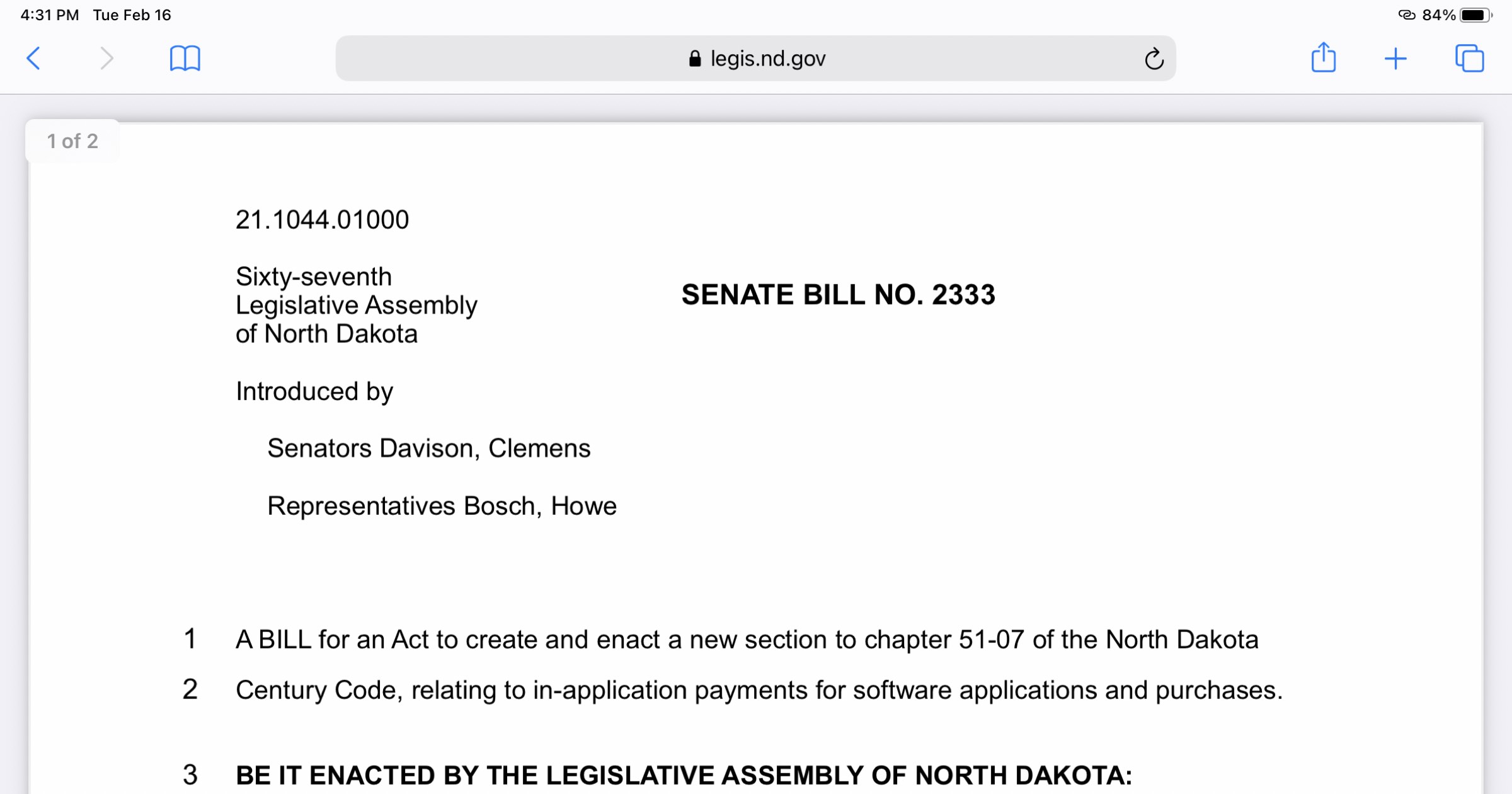 The North Dakotan Senate voted 36-11 against bill SB2333 [PDF] on Tuesday. Backed by Epic Games and the Coalition for App Fairness, it would stop Apple and Google from prohibiting third-party app stores on their platforms. It would also prevent the tech giants from imposing a 30% fee from transactions.

Update: A spokesperson reached out to say that Epic supported the North Dakota bill with this testimony but that’s the extent of its role in the process. Lacee Anderson represented Epic to formally submit the testimony. The Coalition for App Fairness took the lead on organizing app developer support for the bill.

The law would’ve applied to app stores for which gross sales receipts to North Dakota residents exceed US$10 million in a calendar year. Targets include any general-purpose hardware like smartphones, tablets, and computers, excluding  special-purpose digital application distribution platforms like game consoles and music players. In short, specifically aimed at Apple and Google.

According to The New York Times, the lobbyist who proposed the draft legislation to the state senator who sponsored it was working on behalf of Epic Games and the Coalition.

Although Android lets users install apps outside of the Play Store, Google does impose the 30% fee for apps on its store. Apple meanwhile doesn’t allow such side-loaded apps and does require the 30% fee.

Epic Games has sued both companies, although its battle against Apple is more often mentioned. Epic doesn’t want to pay either company the 30% fee and wants to put its own app store onto Apple’s operating systems. In late 2020 Epic also formed a lobbying group with 12 other companies called the Coalition for App Fairness. Members include Protonmail, Spotify, and Bandcamp.