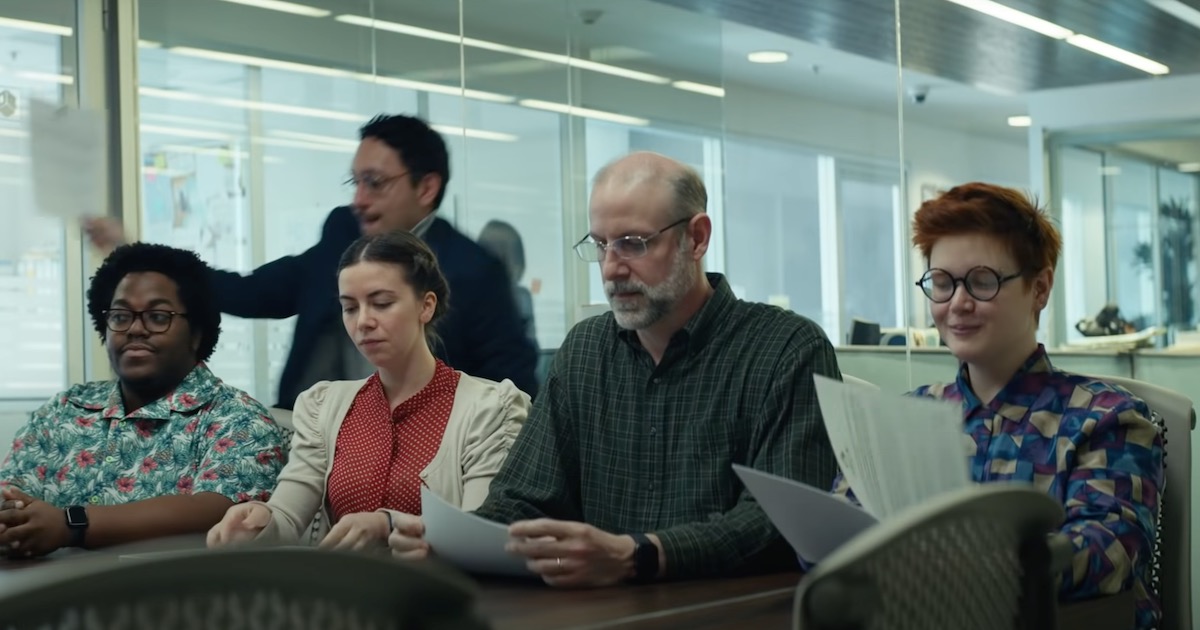 In 2020, the “Apple at Work” campaign pointed out how its technology could benefit remote workers. Now, the Cupertino-based tech giant has brought back the stars of that funny video, The Underdogs. This time, the team has escaped their evil boss’s clutches and launched their own small business.

In “Escape from the Office,” The Underdogs quit the company they work for and launch their own startup. They’re inspired to develop a “reinforced bag” that’s stronger and more climate-friendly than supermarkets’ practice of double-bagging.

Along the way, the budding entrepreneurs use their Apple devices to plan, brainstorm, develop, produce, and market their brainchild. The video shows off Apple features like sharing Wi-Fi passwords using AirDrop, Group FaceTime calls, and hands-free Siri.

The video also shows the benefits of Apple’s advanced augmented reality (AR) technology as well as the new Apple Business Essentials platform. Through that service, the team is able to easily manage all their devices, get support 24/7, and take advantage of business iCloud storage.

This is only the second in Cupertino’s “Apple at Work” campaign, but it’s part of a much bigger picture. Increasingly, Apple has beenturning to the video sharing service to showcase its latest projects, technologies, and how to make the most of them.

Currently, Apple’s “Shot on iPhone” offers 17 examples of the videography capabilities of the smartphone. Cupertino also provides promotional videos, such as overviews of some of its latest products like the iPhone 13 and Apple Watch Series 7.

Apple also uses YouTube to help advance its “Today at Apple” program. You can learn how to draw yourself as a Peanuts character in Pages, take advantage of Portrait Mode on the iPhone, and even take better pet portraits.