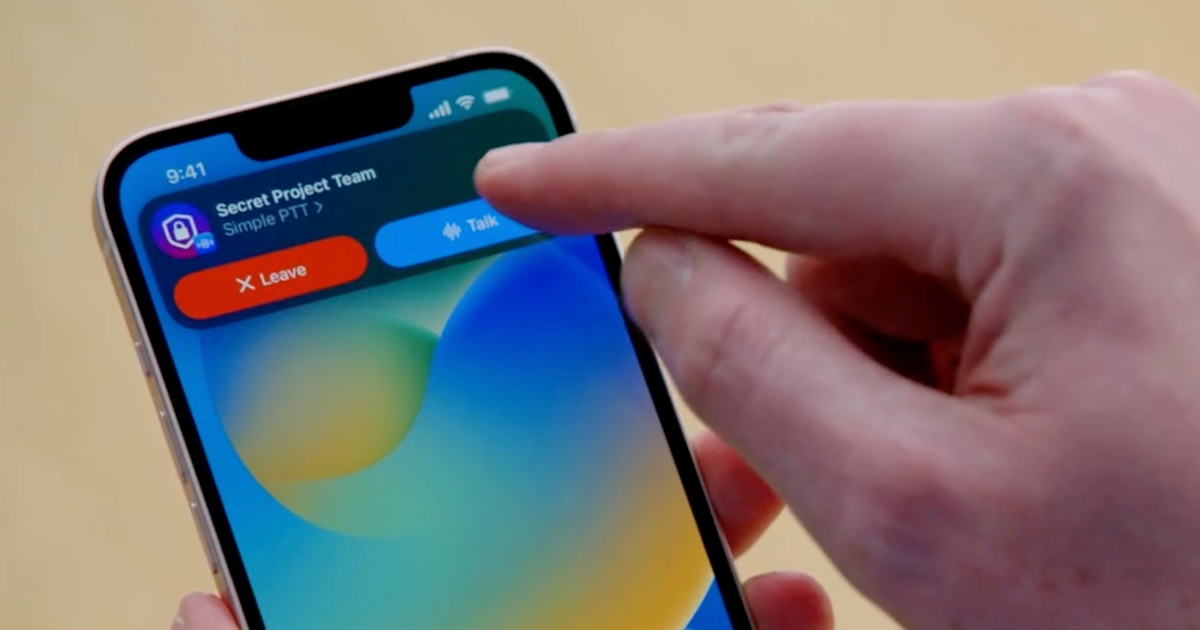 The new API is called “Push to Talk” and it essentially allows developers to add a walkie talkie function to their iOS apps. During a session at WWDC22, the tech giant demonstrated the new API and how developers may implement it.

Currently, iOS already allows audio apps to run in the background, though so far this has been limited to things such as regular voice messages or even audio calls. Using the Push to Talk API, audio messages are sent and played in real time. This is even in the background.

Walkie-Talkie communication appears at the top of the screen while someone is sending you a message. iOS shows the app icon as well as the name of the person who is talking to you. After you hear the message, options to reply in real time using audio or leaving the conversation become available. The new Push to Talk works for individual conversations as well as groups.

Taking Cues from the Apple Watch

Those that use an Apple Watch may already be familiar with Apple’s Walkie-Talkie app, which has come pre-installed by default since watchOS 5. Though the new API in iOS 16 works in a similar fashion, they are different.

Apple’s Walkie-Talkie app uses FaceTime Audio infrastructure to send and receive messages in real time. Concerning the new API, this requires developers to implement their own backend to deliver and receive audio messages. The API only enables a universal interface for walkie-talkie conversations that also work in the background.

For now, this new feature will rely on third-party apps. However, the new API does allow Apple to bring its own Walkie-Talkie app to the iPhone and iPad.

In terms of use, this may be fantastic for those that work in industries that require quick communication. This may also work well for gaming. Certain first person shooters may rely on quick communication, or those planning routes in Pokémon GO may rely on walkie-talkies to navigate groups back together. At the very least, it may be a fun excuse to say ‘Over!’ amongst friends.

Developers can find more details about the new Push to Talk API on the Apple Developer Website.

There is a lot to look forward to in iOS 16, which sees a public release in fall.