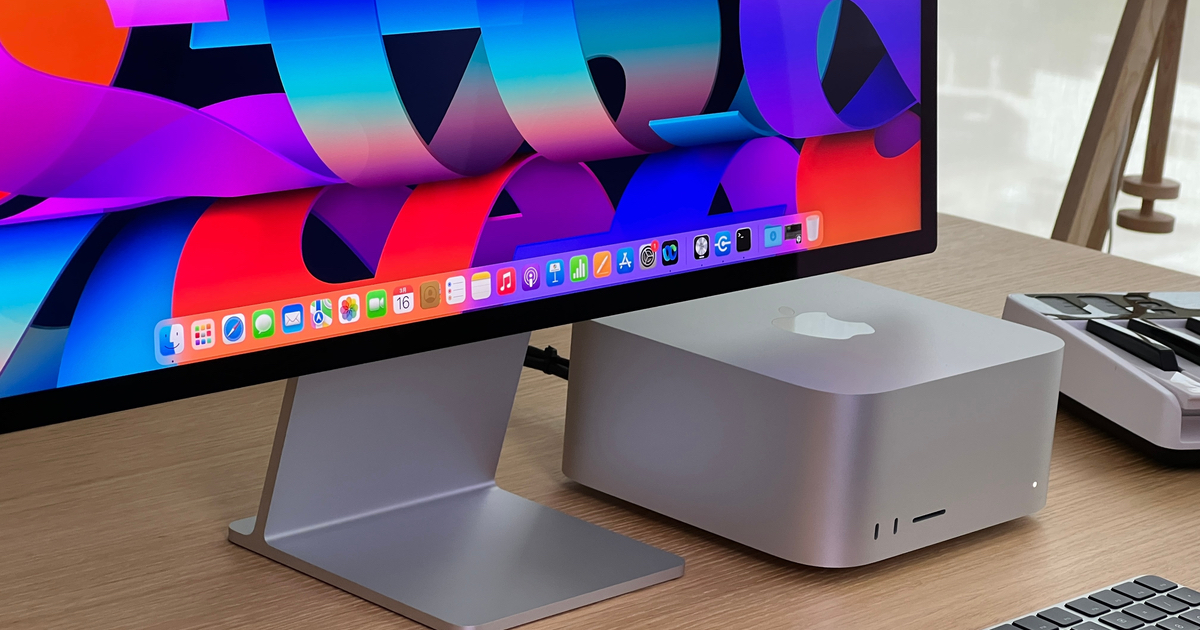 Nestled inside the latest macOS Monterey beta is a fix to a problem that has plagued one of Apple‘s newest products since it launched. After upgrading to macOS Monterey 12.4 beta 3, owners of the Apple Studio Display can install a firmware update that fixes the notorious webcam problems.

One of the key features of the Apple Studio Display is its integrated webcam, along with Center Stage support. Unfortunately, customers quickly learned there were some serious problems with the integrated webcam.

Reviewers and owners immediately noticed the webcams would consistently produce grainy, washed-out images. Critics and buyers alike have largely viewed the problem as inexcusable. After all, the integrated camera is basically the same module Apple’s been using in the iPhone 11 for years. Apple said the issue was caused by the software not functioning as expected. In March, the Cupertino-based company promised a fix for the bug soon, without any exact timeline given.

The fix appears to be out now, as a beta within a beta.

After installing macOS Monterey 12.4 beta 3, you will then be able to install an iOS 15.5 beta to your Apple Studio Display. Apple claims that the new firmware fixes the webcam issue, so hopefully a resolution is coming soon for everyone.

Testers at The Verge immediately installed the new firmware. They report that it does, in fact, fix the issues that have been plaguing the Studio Display’s webcam since launch.

Right now, the new software is only available as a developer beta. Cupertino should release the public beta within a day or two, perhaps even this afternoon. According to The Verge, Apple says the public beta also includes the new firmware for the Apple Studio Display.

If you’re enrolled in Apple’s Developer Program, you can download the latest macOS Monterey beta through System Preferences > Software Update. Once installed, go back to the same location to install the firmware update for your Studio Display.