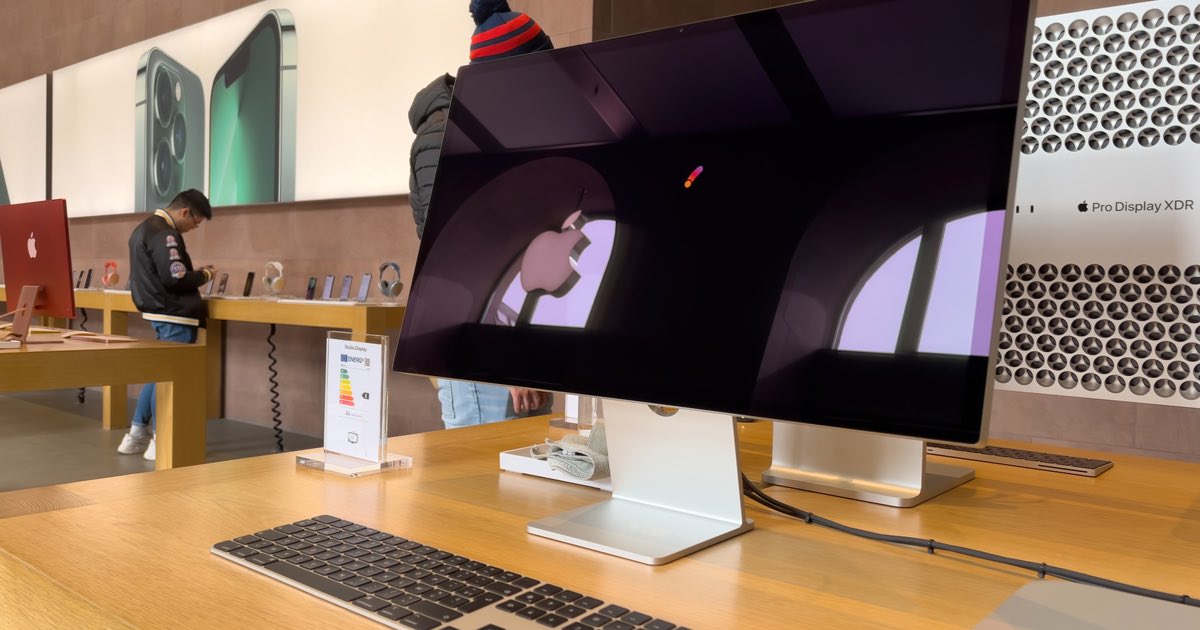 Today Apple has released a new firmware 15.5 update for Studio Display. The major upgrade to arrive with this update is improvements to the performance of the webcam. Users will need to update to the new Monterey 12.4 to receive the firmware update. Those that were relying on the betas to fix their webcam issues can now use an official and stable release.

Users may update the Studio Display firmware by connecting the Display to a Mac running macOS Monterey 12.4, which also saw a release today. Once the new Mac Software is installed, Studio Display owners can go to System Preferences > Software Update to install the latest firmware.

This new firmware update arrives after Apple has been working on it since March. The primary goal of this update is to address problems concerning the quality of the webcam.

The Apple Studio Display features a 12-megapixel Ultra Wide camera that also provides support for Center Stage. However, both reviewers and owners of the Studio Display have noted that the camera consistently produces grainy, washed-out images. The tech giant stated that this is the result of the system not behaving as it should.

Apple’s release notes state that the latest firmware refines camera tuning, offering improved noise reduction, contrast and framing. After testing the beta version of the latest update, MacRumors indicated that there is a major difference in camera quality. The largest improvement being in the way framing works.

Furthermore, the publisher also stated that colors are not as pale, there is an improvement in contrast and the overall look appears vibrant. Though the publisher also noted that skins tones appear better and there is less noise which provides more clarity, ultimately, Studio Display owners should not expect “dramatic changes”.

Along with the latest firmware release being available to everyone, Apple has also provided a new wallpaper for Studio Display users. Additionally, though the new 12.4 update saw a release today, there is not much notable within the update. The latest update primarily focuses on bug fixes and under-the-hood improvements. This is likely due to Apple waiting for WDCC22 to release a new major update.