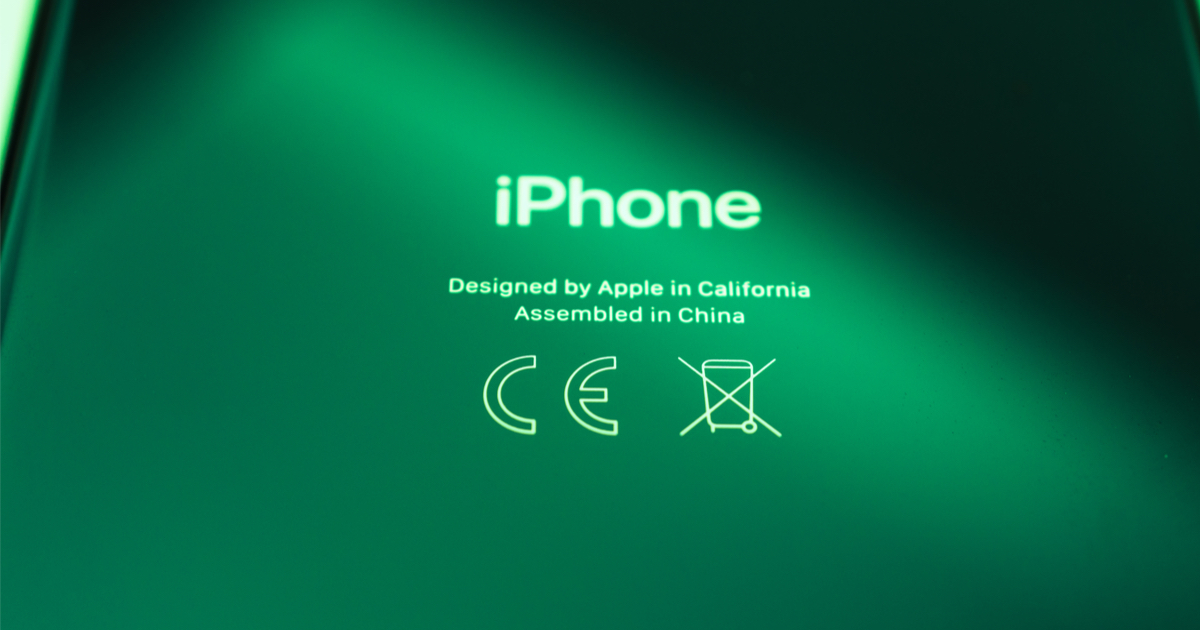 During its earnings call on April 28, Apple reported another record-breaking quarter. At the same time, the Cupertino-based tech giant warned of struggles ahead. The company said supply shortages could reduce third-quarter sales by as much as $8 billion. Clearly, the iPhone maker’s over reliance on China for the final assembly of its products is showing its weakness.

Apple CEO Tim Cook stated, for the latest of many such claims, that Apple’s supply chain is “truly global.” It’s true that Cupertino brings in components from all around the world, and has assembly partners in more locales than just China. However, the latest warning is a hint that over reliance on its Chinese assembly partners needs to be addressed.

As Bloomberg’s Mark Gurman pointed out in his latest “Power On” newsletter, an $8 billion hit is the equivalent of losing an entire quarter’s worth of iPad sales. Apple might be sourcing and producing components from the U.S., India, Vietnam, Japan, and others, but there’s still what amounts to a single point of failure.

That single point of failure is the concentration of Apple’s FATP (final assembly, test, and pack) facilities in China. The vast majority of Apple’s products complete FATP in China. If you look at the back of your MacBook Pro, iPad, or iPhone, it likely says “Assembled in China.”

Cook pioneered the model of centralizing FATP in China. Since Apple first began the practice, it’s served the company well. Cupertino was able to capitalize on lower-cost labor along with a cooperative government. It also helped the iPhone take a much stronger hold among Chinese consumers than ever before.

We’ve had a number of hints over the years, though, that this might not be the best path for Apple to follow. Worker exploitation has run rampant throughout Apple’s Chinese partners, even to the extent of causing a near-epidemic of worker suicides.

Gurman also points to supply chain constraints limiting holiday revenue in 2019. Trade tensions between China and the Trump administration led to high tariffs on Apple products. When the pandemic first began in 2020, factory shutdowns caused delays for the iPhone SE and the iPhone 12.

None of that had the impact current conditions have imposed, though.

China’s zero-tolerance policy on COVID-19 infections is completely understandable and probably prudent. However, it’s causing ongoing headaches for the tech industry in general, and Apple in particular. With Cupertino’s second-largest iPhone assembler, Pegatron, forced to suspend operations for weeks, the strain on the supply chain is about to show.

The Time to End Over Reliance on China Is Now

Cupertino knows it needs to reduce its reliance on China for FATP. The tech giant has already made progress on that front, shifting production of some products elsewhere. For example, some configurations of the Mac Studio are assembled in Malaysia, and various M1 iMacs are made in Ireland and Thailand.

The biggest sellers are still primarily assembled in China, though. The iPhone, iPad, and Apple Watch are, for the most part, completed there. Yes, India and Brazil handle some iPhone assembly, but the numbers aren’t really significant.

In fact, probably the biggest country other than China for iPhone assembly is India. Out of an estimated 60 million units sold in 1Q22, only one million iPhones were assembled in India. That’s a drop in the bucket.

We can’t expect Apple to change this procedure overnight. Factories take many months to become ready for production. There’s probably no way out of the $4 to $8 billion in lost revenue for 3Q22. However, we can hope that Apple learns from this and makes preparations to further diversity its FATP locations. Further disruptions leading into the holiday quarter could be devastating without solid corrective action.