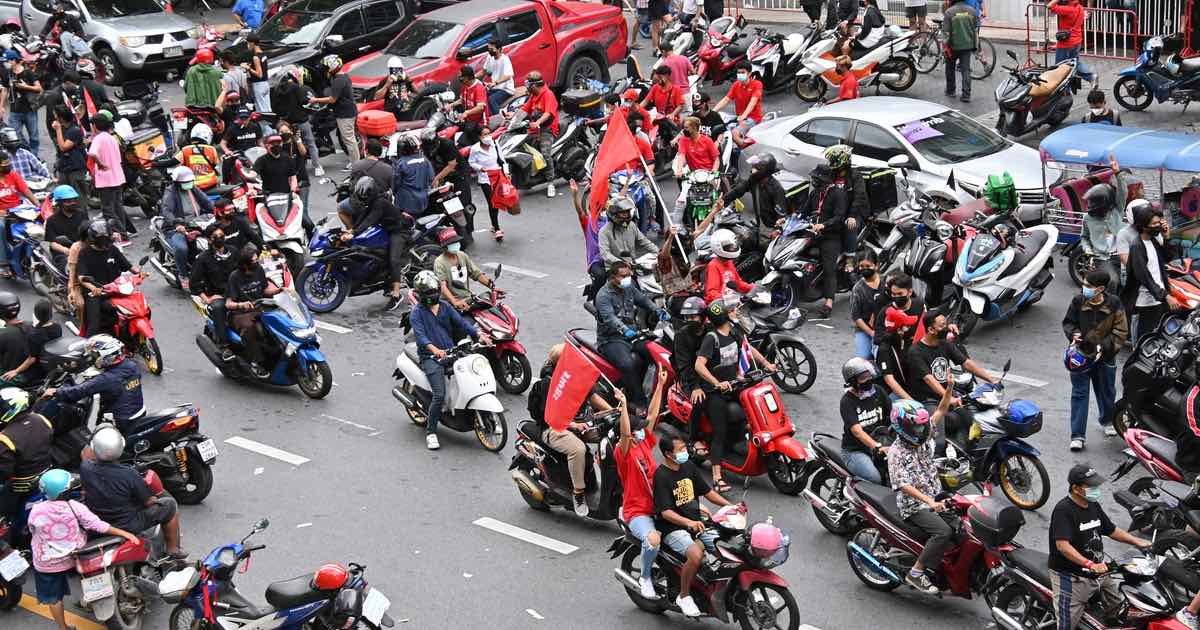 More than 30 pro-democracy protestors in Thailand have been targeted by an iPhone hack from Pegasus. Cupertino was able to detect that the phones had been infected with NSO’s spyware and alerted the protestors.

The country of Thailand has been involved in numerous military coups throughout the years. The most recent was in 2014, where an army-backed leader remains in power after an election that many suspect was fraudulent.

NSO Group are the makers of spyware known as Pegasus. This spyware is sold to governments and law enforcement agencies. How this works is that the company purchases alleged zero-day security vulnerabilities from hackers. Apple typically is unaware of these exploits. Furthermore, the software is capable of mounting what is known as zero-click exploits. This means that no user interaction is required by the target.

For example, a user may receive a particular iMessage, and, without opening it or interacting with it, this message can allow an iPhone to become compromised. This allows personal data to be exposed.

In Nov. 2021, the US government banned the use and important of Pegasus. In turn, NSO Group lost one of its most lucrative customer bases: US law enforcement agencies. Additionally, Apple also increased the pressure by suing the company and alerting owners of infected iPhones.

NSO claims that it exercises care in approving customers, though many have their doubts. There has also been reports that the owner of the company has wanted to tear up the claimed rules under which the company operates.

Concerning Thailand, the country was originally known as Siam. Operating as an absolute monarchy with the king in full control of the country, that changed during The Siamese Revolution in 1932. However, tensions between the monarchy and the government persisted. In 1946, Bhumibol Adulyadej became king. During his 70-year reign, he saw no fewer than 10 coups and 17 different constitutions.

2014 saw the country have its most recent coup. Army chief Prayuth Chan-o-cha took control of the country. In 2019, elections were held, though many thought they were unfair. The following year, the opposing Future Forward Party was dissolved by a court. The leader, Thanathorn Juangroongruangkit, faced criminal charges.

Now, pro-democracy campaigners, many of which are students, are attempting to bring forth a new constitution and fair elections.

According to The Washing Post, Apple detected NSO’s Pegasus spyware on iPhones of more than 30 activists and supporters. This news arrives from a civil group late Sunday. This is the first countrywide campaign of using Pegasus, and it has come to light in thanks to Apple warning targeted iPhone users.

In November, Apple issued warning to suspected Pegasus victims. This prompted some Thai recipients to contact civic organizations that then consulted iLaw. iLaw is a local human rights group that focuses and advocates for new constitutions drafted by elected officials. Thanks to iLaw, more victims were located.

iLaw has released a new report identifying numerous hacking victims by name, including two of its own participants. Another report comes from the Toronto-based Citizen Lab, which analyzes digital traces left in mobile phones, and named Pegasus as an attack program to break into devices in 2020 and 2021. Amnesty International examined some of the phones using a different method and agreed with Citizen Lab’s conclusions

Thais hit by Pegasus include five members and colleagues of FreeYouth. This incudes Jutatip Sirikhan, a former student union president in Thailand. Other victims include four members of We Volunteer (WEVO), which protects other groups in public action, and four members of the Bangkok University-based United Front of State Affairs and Demonstrations.

Lastly, human rights lawyer Anon Nampa, who has defended activists accused of breaking the law and insulting the king has been infected numerous times.