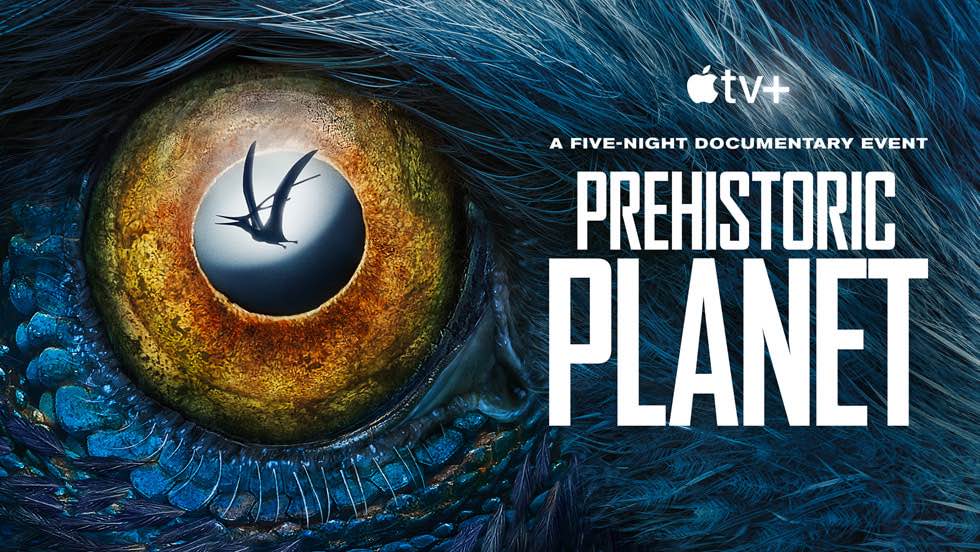 Fans of Jurassic Park and other dinosaur themed media have something new on the horizon. Natural historian Sir David Attenborough and The Mandalorian creator Jon Favreau join forces on Apple TV+. Their new documentary Prehistoric Planet, 66 million years in the making,comes to the streaming service soon.

The five-part documentary series is streaming exclusively on Apple TV+ over five successive nights starting May 23 and ending May 27.

When Dinosaurs Ruled the Earth

With narration by Attenborough, Prehistoric Planet is a co-production between Favreau, Mike Gunton, and BBC Studio’s Natural History Unit, Planet Earth. The show will no doubt deliver in the special effects department, as they will be provided by MPC. The company’s recent contributions, including special effects for The Jungle Book and The Lion King, show that it will bring something exciting to the series. Additionally, Academy Award-winner Hans Zimmer will provide the score.

Prehistoric Planet will roll out a new episode each day at the end of May. The show promises to provide award-winning wildlife filmmaking alongside the latest discoveries in paleontology. Moreover, Prehistoric Planet will implement state-of-the-art technology to showcase the amazing habitats and inhabitants of ancient Earth.

The five part docu-series aims to explore surprising and little known facts concerning Cretaceous times. These will range from beautiful coasts and deserts to fresh water, ice worlds and forests. Also, the show will focus on specific details whenever possible. For example, it explores the parenting techniques of the Tyrannosaurus rex, pointing out they were not the typical monsters Hollywood portrays. Prehistoric Planet also strives for anatomical accuracy, such as including feathers on the baby dinosaurs, as seen in trailers.

Prehistoric Planet to Arrive in May

What makes this release interesting for Apple TV+ is that it is forgoing its usual release dates to create a special week just for the show. The series seems to be emulating television events usually reserved for traditional broadcasts. Additionally, this suggests Apple has a large amount of faith in the show. Fans can only hope that the show delivers plenty of buzz.