Apple announced today that in 2019 the App Store supported US$519 billion in billing and sales globally.

$519 Billion in Sales and Billing

This figure was the result of a study [PDF] by independent economists at Analysis Group. It found that the highest-value categories in the ecosystem were mobile commerce apps, digital goods and services apps, and in-app advertising.

The study reveals that the direct payments made to developers from Apple are only a fraction of the vast total when sales from other sources, such as physical goods and services, are calculated. Because Apple only receives a commission from the billings associated with digital goods and services, more than 85 percent of the $519 billion total accrues solely to third-party developers and businesses of all sizes. 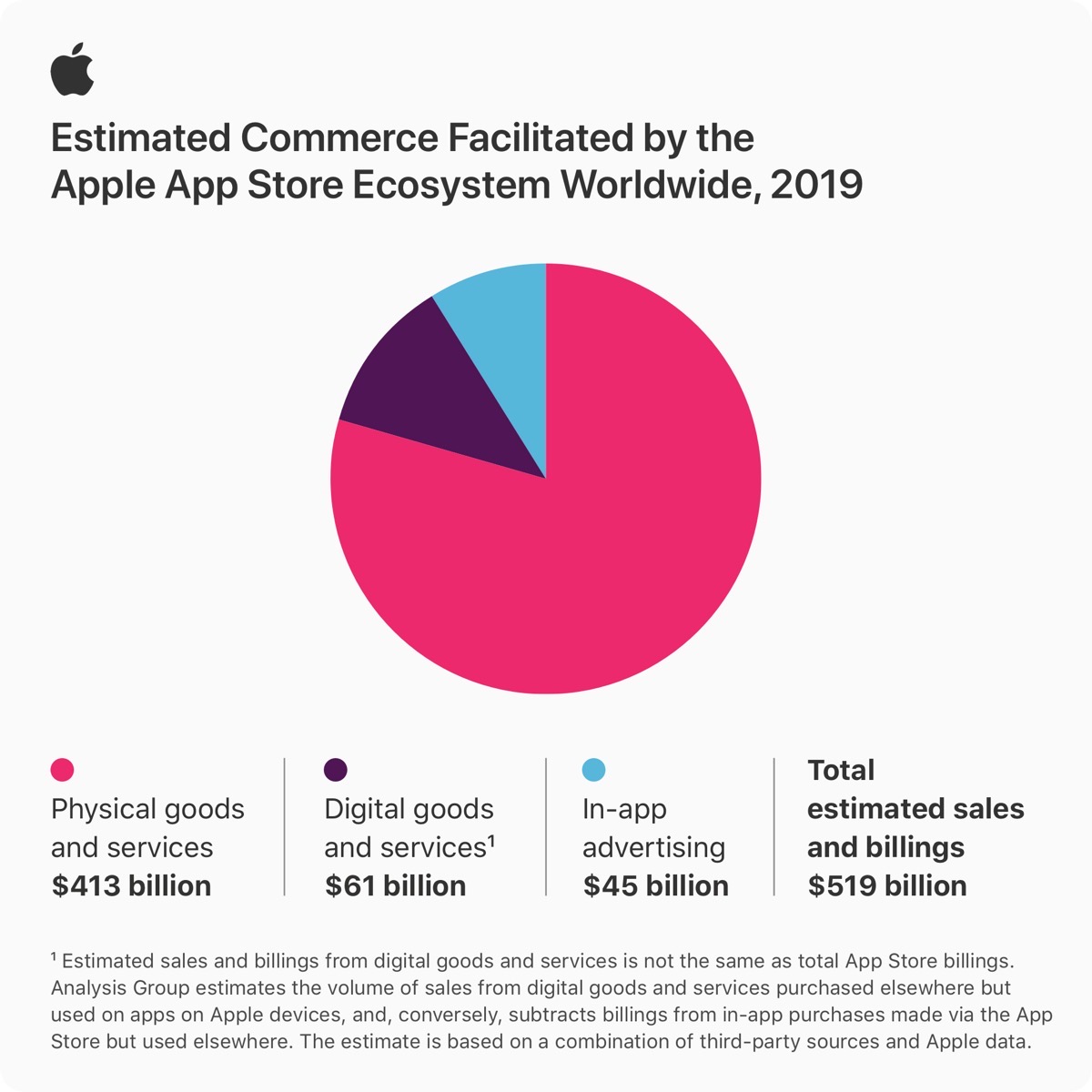 Of that US$ 519 billion, sales from physical goos and services accounted for US$413 billion, the biggest share. Inside that category, mobile commerce apps contributed most of the sales at US$268 billion, of which retail apps were the largest, like Target, Best Buy, and Etsy.

Travel apps like Expedia and United accounted for US$57 billion. Ride-hailing apps, like Uber and Lyft made up US$40 billion in sales, and food delivery apps like DoorDash and Grubhub, generated US$31 billion. Billings and sales from digital goods and services contributed US$61 billion. In-app advertising accounted for US$45 billion, 44% of which were from games. Overall, it was an impressive year for Apple.