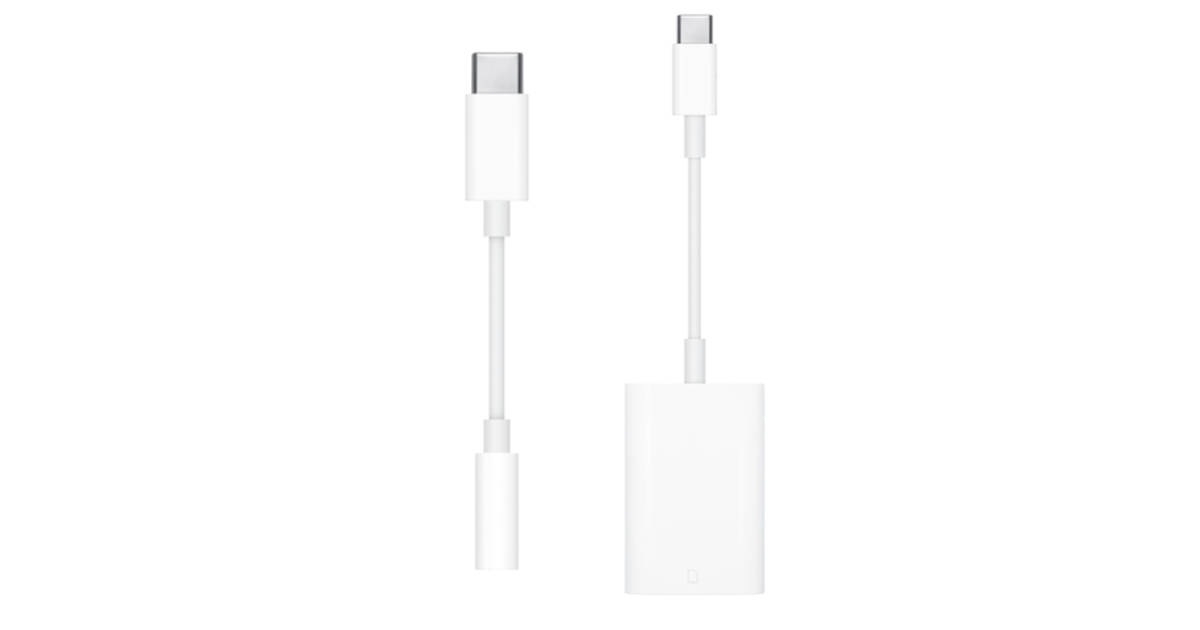 The USB-C to 3.5mm Headphone Jack Adapter is just like the Lightning port version that used to ship with iPhones, but with a USB-C connector. It’s priced at US$9.00.

The USB-C to SD Card Reader lets you import images and video from SD cards. It works with micro SD cards, too, if you have a card adapter tray—typically included when you buy a micro SD card. The adapter costs $39.99.

Apple announced the USB-C iPad Pro at a special media event in Brooklyn Tuesday morning. The new models come in 11-inch and 12.9-inch versions with Face ID. They don’t include a Home button, or a Lightning port.

The new iPad Pro models have a Liquid Retina LCD screen, A12X Bionic processor, new stereo speakers, up to 1 TB storage, and support for the second generation Apple Pencil. The new Apple Pencil connects magnetically to the side of the iPad Pro, automatically pairs, and charges wirelessly.

The new iPad Pro models are priced starting at $799, and the second generation Apple Pencil costs $129.