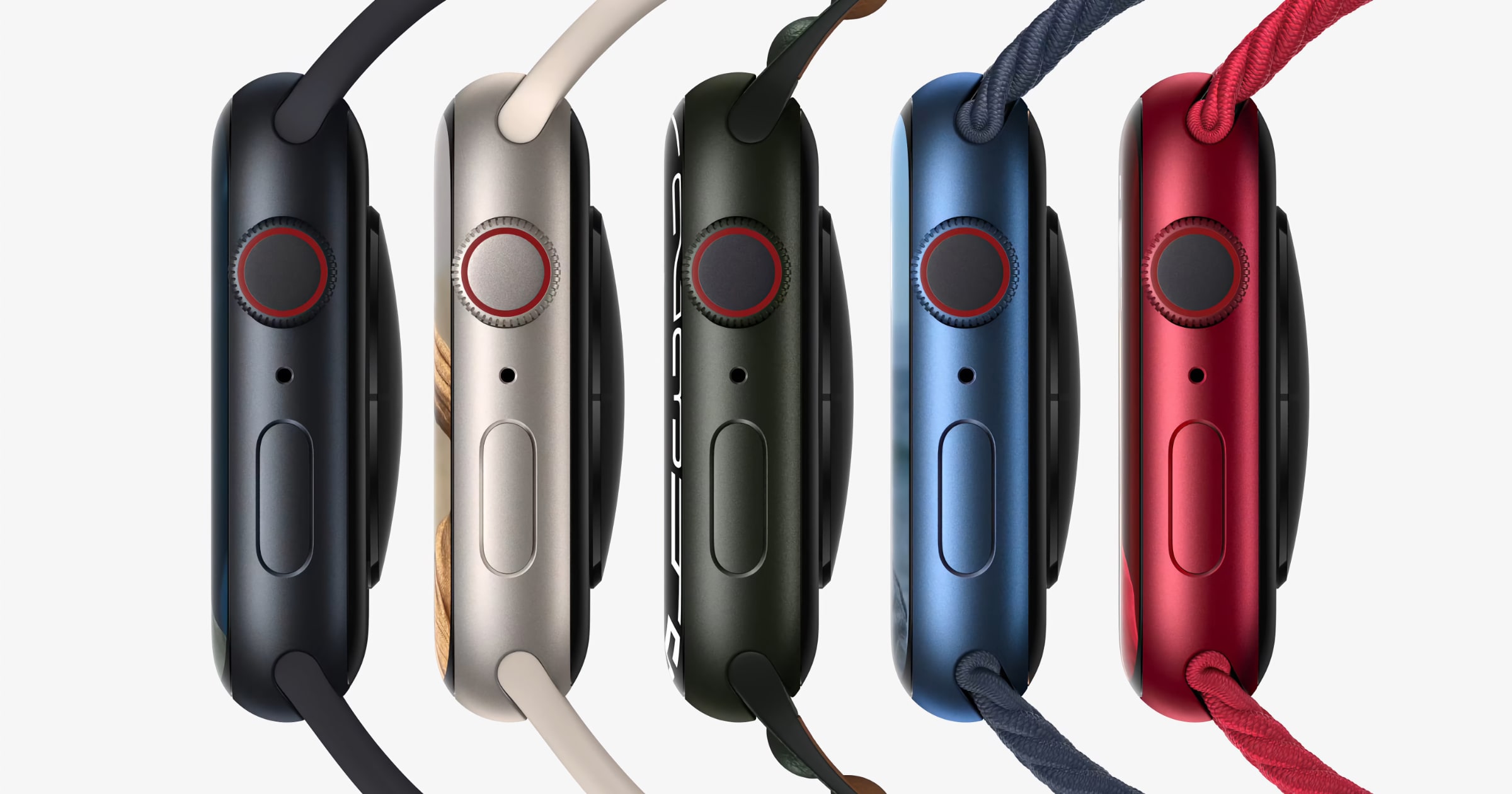 On Tuesday Apple announced its newest Apple Watch, the Series 7, at the California Streaming event. It didn’t get the flat design that rumors claimed, but it’s still a notable update.

The design of the Apple Watch Series 7 comes with softer, more rounded corners, and the display’s refractive edge makes full-screen watch faces and apps appear to seamlessly connect with the curvature of the case. Apple Watch Series 7 is available in 41mm and 45mm sizes. While the wrist is down, the Always-On Retina display is up to 70% brighter indoors than the Series 6.

The user interface has been optimized for the larger display, and there are two new watch faces — Contour and Modular Duo. Thanks to the bigger screen, users will find a full QWERTY keyboard with swiping using QuickPath.

The Apple Watch Series 7 has the same all-day 18-hour battery life, and now charges 33% faster with the new Magnetic Fast Charger USB-C Cable. The screen is more durable with IP6X certification for resistance to dust, and maintains a WR50 water resistance rating.

watchOS 8 will be available for Apple Watch Series 3 and later on Monday, September 20, and requires iPhone 6s or later with iOS 15 or later.