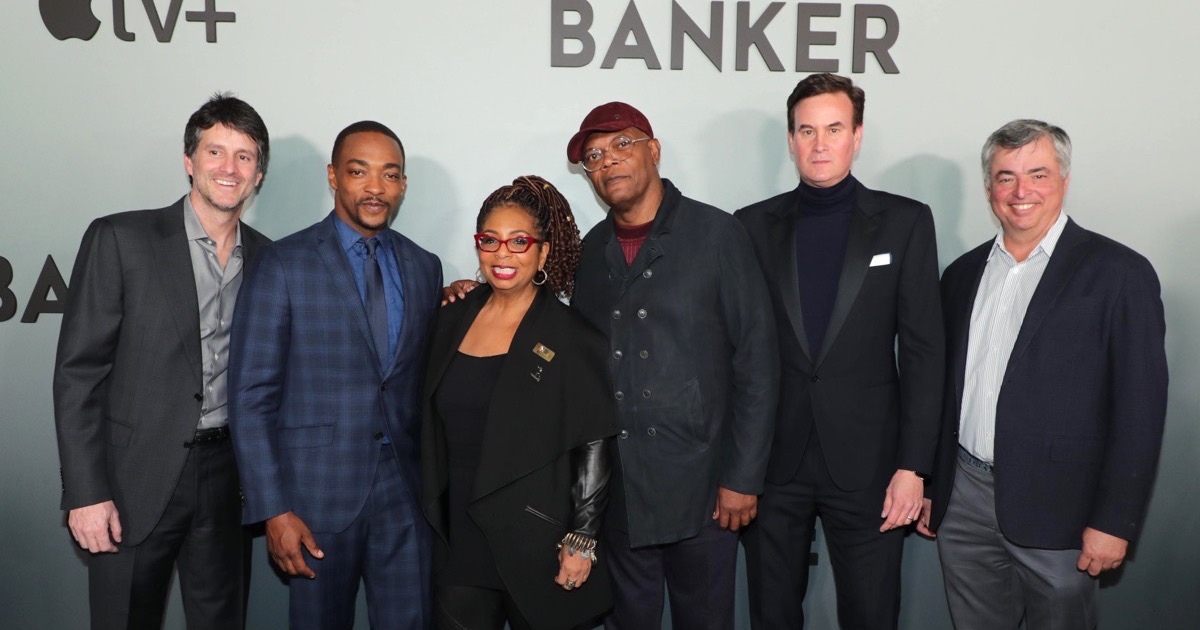 Apple premiered its Apple TV+ film The Banker in a special event at the National Civil Rights Museum. It opens in certain theaters March 6 and appears on Apple TV+ on March 20.

Inspired by true events, The Banker tells the story of two African American businessmen, Bernard Garrett (Anthony Mackie) and Joe Morris (Samuel L. Jackson), fighting racism in the 1960s. They train a white man, Matt Steiner (Nicholas Hoult) to pose as the head of their business.

[Apple Moves Forward With Release of ‘The Banker’ After Delay]