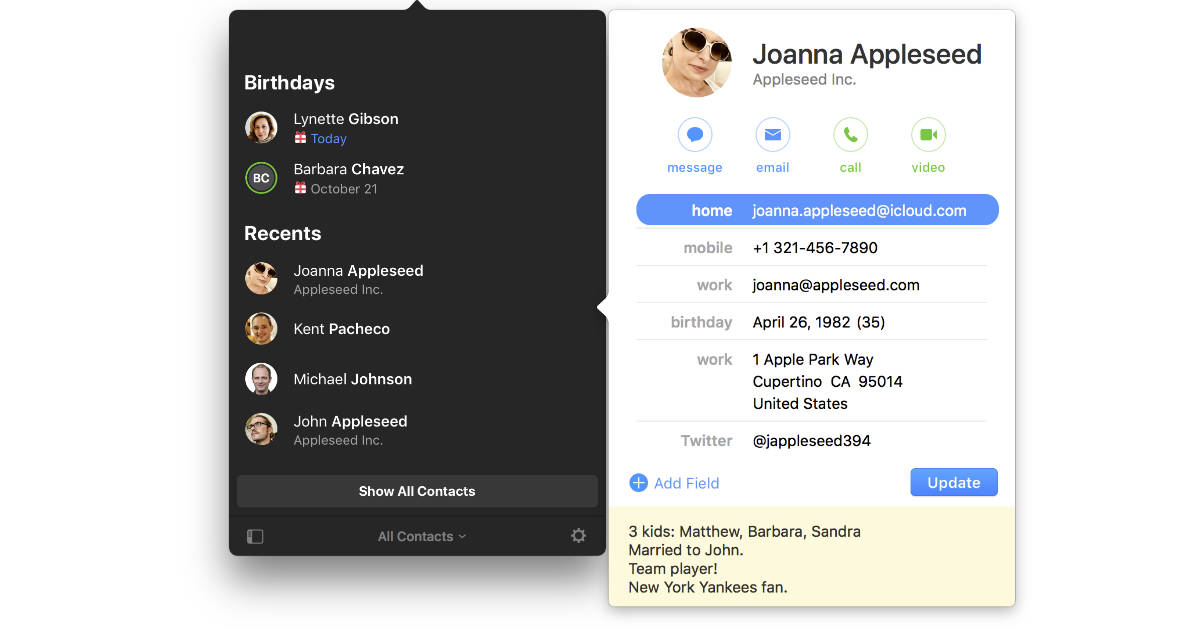 Flexibits is hoping to do for contacts what it did for calendars on the Mac with its new Cardhop app. Cardhop lets you organize and manage your contacts from the Mac menu bar with the same interactivity Flexibits brought to Fantastical.

The app can start new email messages, FaceTime calls, Twitter posts, Skype calls, and more with natural language commands . It also links to your iPhone via Bluetooth so typing, “call Bryan C” starts a new call for you.

Flexibits sees Apple’s notes field in its own Contacts app as an underused tool, so they made notes in Cardhop easy to see and edit. They say Cardhop’s approach makes adding information quick and always showing the notes field help you keep track of important information about the people you interact with.

Cardhop uses the same database as Apple’s own Contacts app so you don’t need to re-enter any data. Syncing between your Mac, iPhone, and iPad through iCloud works, too.

We’ve been testing Cardhop and its approach to dealing with our long contacts lists feels more proactive than Apple’s own Contacts app. Finding contact entries feels more natural, too, because you aren’t jumping into a separate app and natural language queries are easier than hopping through lots of data fields.

Cardhop requires a Mac running macOS El Capitan 10.11 or higher. It costs US$19.99, but is temporarily available for $14.99 through the Flexibits website or Apple’s Mac App Store.