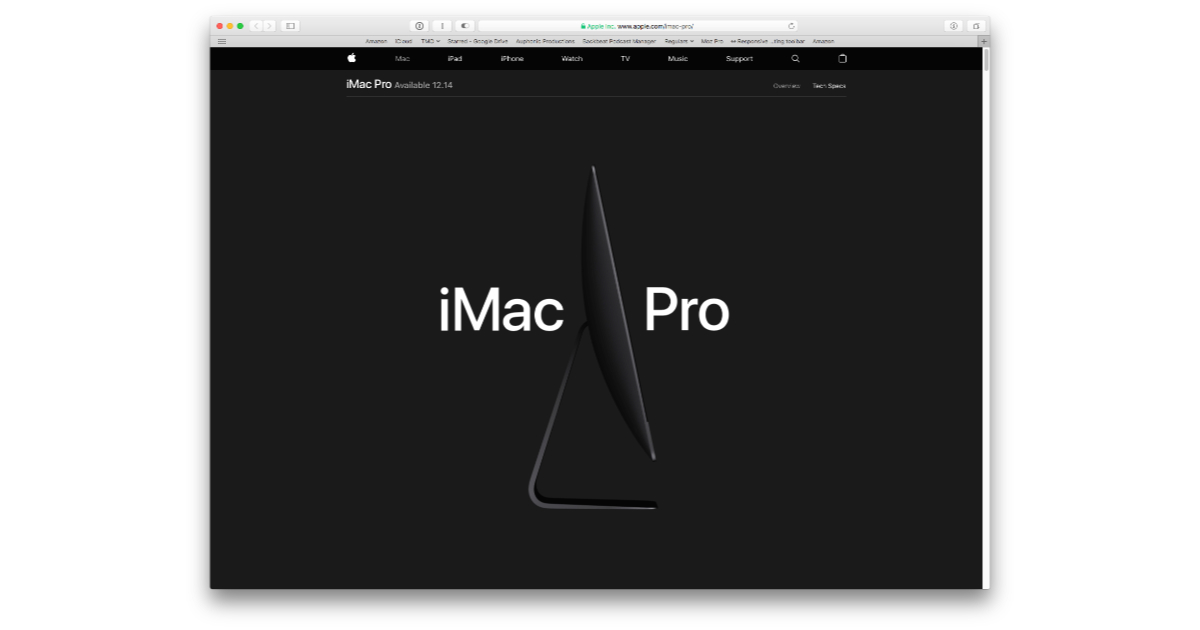 Apple promised the iMac Pro would ship this year, and now we know the date it’s happening: Thursday, December 14th. Apple teased the date on its website, and also confirmed the starting price is US$4,999.

This is the first iMac model in Space Gray. It includes a matching Bluetooth Magic Keyboard with number pad, and Magic Mouse 2 or Magic Trackpad 2. Apple also says it supports up to two external 5K displays and dual RAID storage systems.

Apple isn’t saying yet how much a fully loaded 18-core iMac Pro will cost, but considering the starting point for the 8-core model is $4,999, it won’t be cheap.

One thought on “iMac Pro Launching on Thursday December 14th”