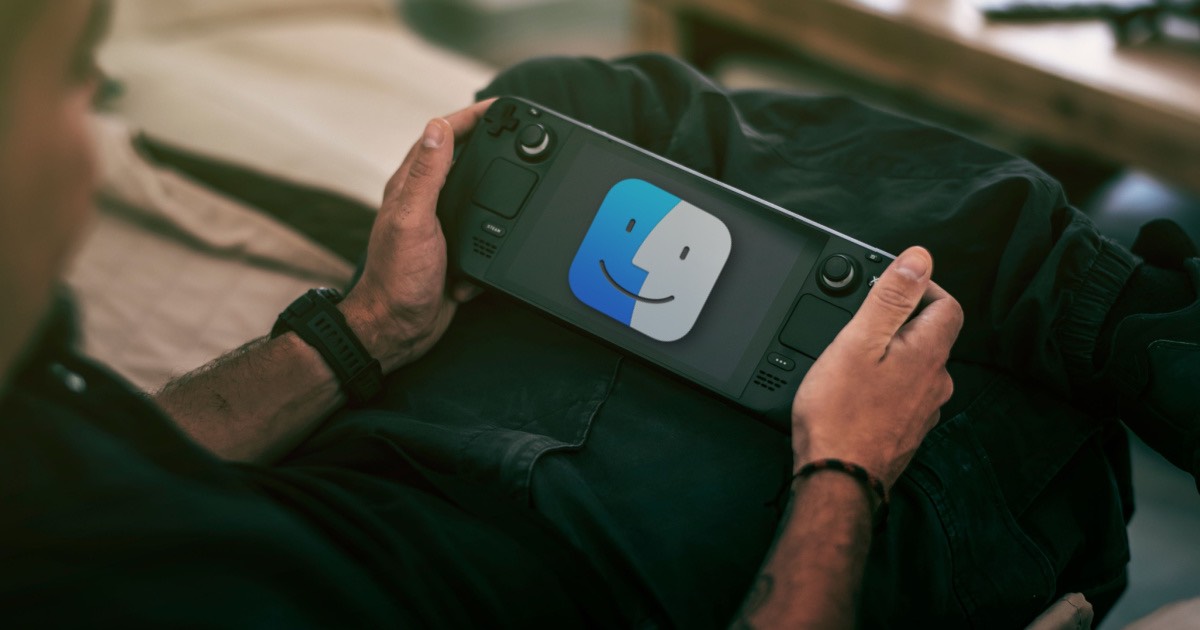 For those that have the new Steam Deck, you may be able to take macOS Catalina on the road in a new and exciting way.

A Reddit user by the name of Lampa183 has managed to install the macOS on the PC handheld Steam Deck. However, while he got it running, that are still some issues preventing this from being a daily driver.

Reddit user Lampa183 made a post showing macOS Catalina running on a steam deck. For those that don’t venture too far away from the Mac world, the Steam Deck is a portable gaming device developed by Steam. Think of it as a more powerful Nintendo Switch, with more features packed in for the hardcore gamers.

In addition to gaming, the new device is apparently also capable of running macOS Catalina. Sharing his findings on Reddit, Lampa183 does warn that not everything is perfect with the installation. Currently, booting up macOS takes around 3-4 minutes, and animations are laggy. According to posts on Reddit, running macOS on Steam Deck creates a lot of issues with drivers.

Right now, comments on Reddit seem to show support for Lampa183 endeavors, though there is an argument as to whether or not this counts as a true “Hackintosh”, or simply a Virtual Machine. User nataphoto argues that since there are currently no drivers installed, it’s not a full-fledged Hackintosh.

User Cartridge420 agrees, stating that the Steam Deck will likely not be able to run macOS well enough for “normal macOS use”. For example, nataphoto observes that a user running macOS as a VM on Steam Deck wouldn’t be able to shut the device down through the OS, it would simply close the VM.

Despite the differences, it’s always fascinating seeing how far users can push technology. While I’m not certain there’s many benefits to running macOS on a Steam Deck, one user did show an interest in running Garage Band and Final Cut Pro through the device.

Since the Steam Deck is capable of connecting to a TV, in theory, a user could have something resembling a Mac on their Steam Deck. While Lampa183 didn’t share any instructions, it may be better that general users wait for something a bit more concrete to emerge.

What do you think about macOS running on a Steam Deck? Let us know in the comments.