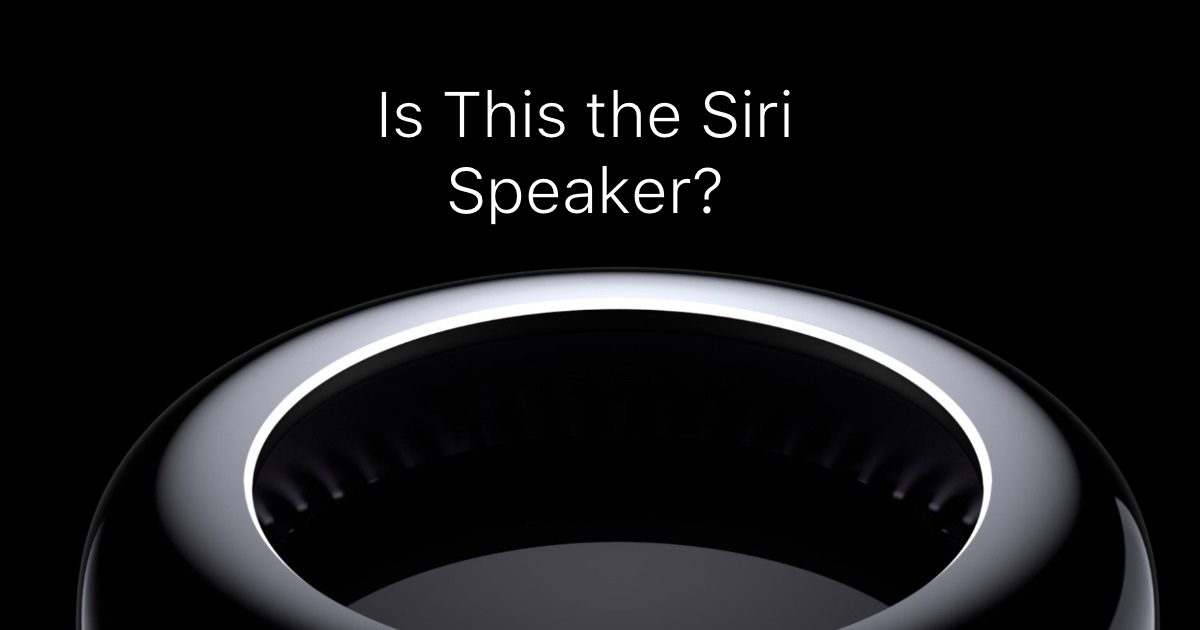 Some of us have suspected for a while that Apple was developing something to compete with the Amazon Echo line of products. New details to add fuel to the fires of speculation came out recently, and now we’re thinking that Cupertino’s Siri speaker might look remarkably similar to the Mac Pro.

There Will Always Be Leaks

As secretive as Apple is, there are almost always leaks. This time, though, we actually have a name to the leaker – a certain Sonny Dickson. Mr. Dickson shared details with Mashable’s Jen Ryall, who posted much of the information via Twitter.

This isn’t the first time Mr. Dickson has unveiled Apple’s secrets. The young man from Ocean Grove, Australia seems to have great connections, and was the first to release photographs of the iPhone 5S, iPhone 5C, iPad mini 2, and the fifth-generation iPad. He was also the first person to reveal detailed images of the Touch ID sensor on the iPhone 5S. In 2015, he unearthed and divulged quite a bit of information about the Force Touch feature on the iPhone 6S. All that to say, the kid’s leaks seem to be legitimate.

What to Expect from the Siri Speaker

Mr. Dickson told Ms. Ryall that Cupertino is currently putting the finishing touches on the design of its Amazon Echo competitor. Expected to be marketed as a Siri and AirPlay device, the project is codenamed “B238” and will supposedly borrow design cues from the Mac Pro. Internally, the speaker is said to feature Beats speaker technology.

Mr. Dickson says the B238 is a round, “fat” device with a concave top where you will locate the physical controls. Speaker mesh similar to that used in the UE Boom will cover the round body of the device. Mr. Dickson says we should “think Mac Pro style” when imagining what the Siri speaker will look like.

The device would allow you to use Siri without your iPhone or iPad, and I expect it would allow quite a few of the HomeKit features that currently depend upon a fourth-generation Apple TV or newer iPad.

Mr. Dickson even revealed when the new Siri speaker is expected to debut. He informed Ms. Ryall of a possible release during Apple’s Worldwide Developer Conference, slated to take place from June 5 to June 9 this year. We’ll certainly be waiting.