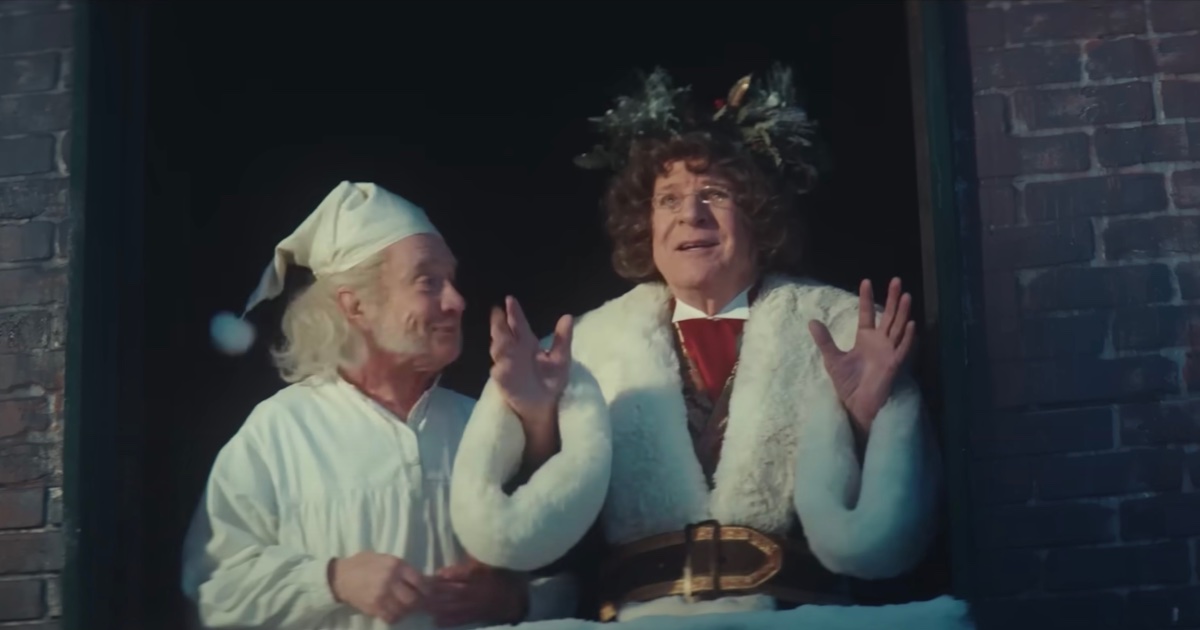 A new sketch from Saturday Night Live is promoting Apple Pay in a particularly gruesome, albeit humorous way.

Featuring Martin Short and Steve Martin, the sketch is a riff on the Charles Dickens novella A Christmas Carol, and features Scrooge accidentally bringing chaos on Christmas Day.

An episode of Saturday Night Live featuring Martin Short and Steve Martin implements Apple Pay as the punchline for its take on A Christmas Carol. Spotted by AppleInsider, the sketch takes the original novella and flips it on its head entirely.

Taking place after Ebenezer Scrooge (Short) gets a visit by the three ghosts, Scrooge realizes that he is capable of changing himself, and looks to bring joy to those around him. Unfortunately, things quickly devolve into chaos as Scrooge’s good deeds immediately turn into accidental violence. Comically, the Ghost of Christmas Present (Martin) arrives to “check in” on Scrooge, which ultimately leads to even more of a catastrophe.

Featuring eye-gouging and a decapitation, the video is not for the feint of heart, but does end in a joke that sarcastically promotes Apple Pay, with the scene fading to black on the Apple Pay logo, and the phrase “Never use coins again” appearing underneath. Apple Pay being a way to send cashless and contactless payments, it would certainly help Scrooge with his violent predicament.

Of course, Apple TV+ is also currently promoting its own take on A Christmas Carol, with the movie Spirited starring Will Ferrel, Ryan Reynolds and Octavia Spencer. Additionally, there is also reports that the streaming service will eventually release a documentary featuring Martin.

In recent Apple Pay news, the service is seeing delays in South Korea due to a probe by the Financial Supervisory Service. While Apple Pay was meant to launch Nov. 30 in the country, the probe is causing the release to see a setback until possibly as late as early January.

While users will hopefully never need to use Apple Pay in order to de-escalate violence, the comical sketch is good at combining both comedy and subtle advertising.

What did you think about the Saturday Night Live sketch? Let us know in the comments.