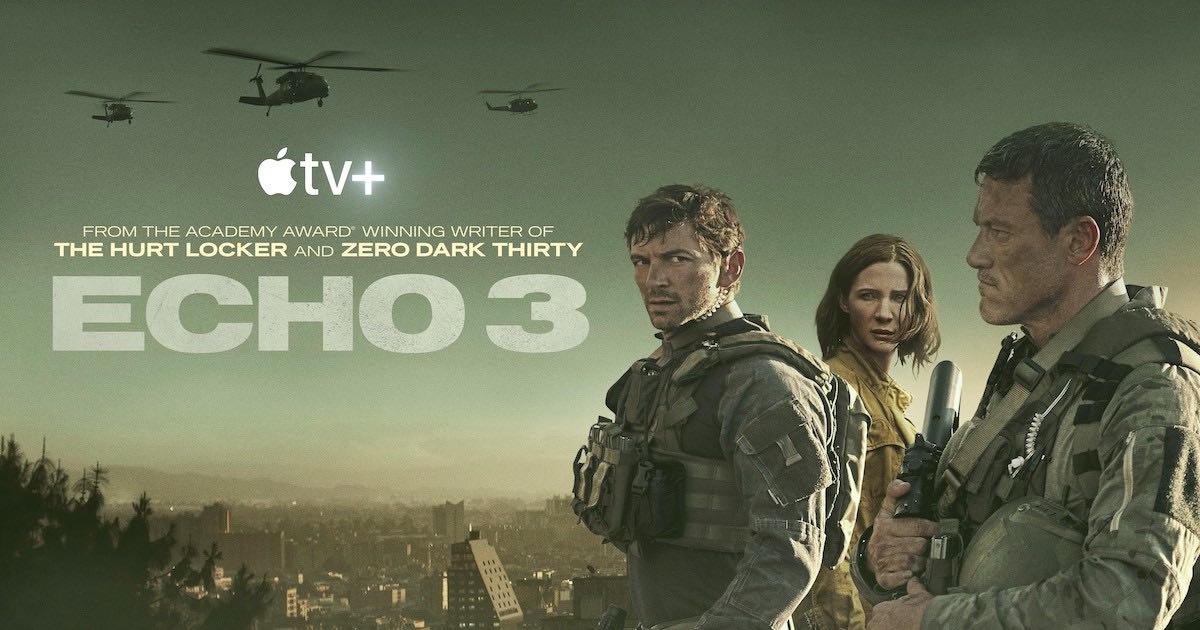 The new series Echo 3 is now streaming its first three episodes early on Apple TV+, just in time to watch over the holiday.

While Apple TV+ content typically sees premiere on Fridays, the streaming service seems to have released much of its content early, meaning audiences can now watch Echo 3 before its planned premiere date.

Echo 3 follows the story of scientist Amber Chesborough (Collins) disappearing along the Columbia-Venezuela border. In an attempt to find her, her brother Bambi (Evans) and her husband Prince (Huisman) begin searching for her amidst guerrilla warfare. During their journey, the two men discover that Chesborough may be hiding a secret.

Based on the Israeli series When Heroes Fly, this Apple Original is available exclusively through Apple TV+. Those that want to view the series will need an Apple TV+ or Apple One subscription, along with the means to access the streaming service. While Apple TV+ is available on several devices, including the new Apple TV 4K and Amazon Fire Stick, users can also access the series premiere through tv.apple.com.

While Echo 3 may not be for the family, it could be something great to put on during the night when it’s time to settle down. For those looking for something a bit more festive for the holiday, the new Fraggle Rock: Back to the Rock Night of the Lights holiday special is currently streaming.

Additionally, Apple TV+ is streaming A Charlie Brown Thanksgiving without the need for an Apple TV+ subscription. Those looking for some holiday-cheer should also be sure to check out the new film Spirited starring Will Farrell and Ryan Reynolds.