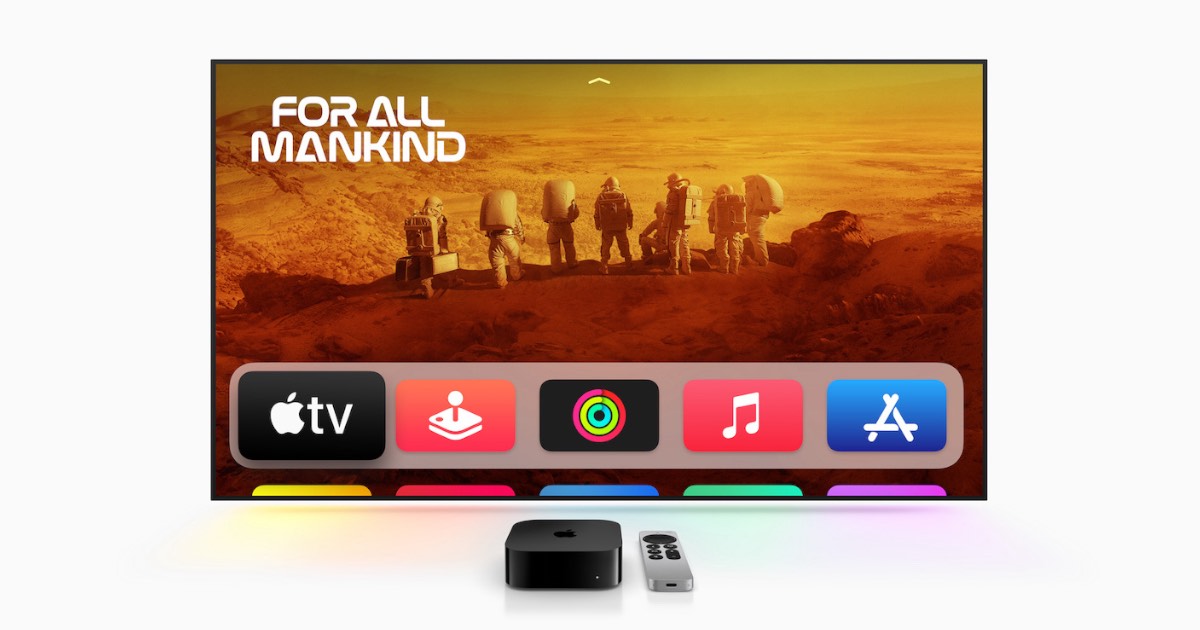 Driven by the A15 Bionic chip that delivers faster performance and more fluid gameplay, the new Apple TV 4K features endless entertainment options for everyone to enjoy on the biggest screen in the home. HDR10+ support joins Dolby Vision on Apple TV 4K, so users can watch their favorite movies and TV shows in the best quality possible across more TVs.1 Running tvOS, the powerful and intuitive OS for the living room, and featuring the popular Siri Remote, Apple TV 4K simplifies the way users discover and enjoy their favorite content. Its seamless integration with other Apple devices and services magically transforms the living room in different ways for the entire family, while also adding convenience as a smart home hub.

Additionally, the new Siri Remote also features a new redesign, with the most surprising feature being a move to USB-C for charging. With a touch-enabled clickpad, users will be able to navigate tvOS 16 with ease.

Furthermore, Apple is offering a new Apple TV 4K experience in thanks to tvOS 16, which includes an update to Siri for voice improvements, so customers can interact with their device better. Siri also features a new redesign. Additionally, asking Siri “What should I watch?” Will bring new recommendations. While wearing AirPods, users can call-up Siri by saying “Hey Siri” to begin a hands-free experience. Additionally, Siri support has expanded to Chile, Finland and South Africa, with plans to expand to Denmark, Luxembourg and Singapore at a later time.

As a home hub, Apple TV 4K securely connects to compatible smart home accessories, including HomeKit cameras, lights, shades, and more; allows the user to set scenes and control their smart home while away; and ensures that accessories can run automatically. Apple TV 4K is also an essential building block for Matter, the new smart home connectivity standard that enables a wide variety of accessories to work together seamlessly across platforms, helping to fulfill the true vision of a smart home.

Additionally, the new Apple TV can help users control nearby accessories. Through this new feature, users can turn on outdoor lights, or display multiple cameras on a single TV simultaneously for a more accurate view of their surroundings. HomeKit Secure video also utilizes the “on-device intelligence” of the Apple TV 4K to analyze video in order to detect people, animals, cars as well as package delivers in a private manner.

Good for the Environment

Lastly, the new Apple TV 4K is also nice to the environment. The A15 chip is efficient enough to eliminate an internal fan on the device, which allows for a “25 percent reduction in carbon footprint over the previous generation”. In a first, the Apple TV 4K also features 100% recycled gold within the plating of circuit boards. The boards also includes 100% recycled tin for the soldering. Many other elements of the Apple TV 4K feature almost entirely recycled materials.

The new Apple TV 4K shows a lot of promise. The update to HDR10+ brings the TV 4K to the typical standards of other devices, and the new Dolby Atmos is also a major plus. The massive upgrade to storage is also great, especially for those that like a lot of content. Considering the previous generation of Apple TV only supported HDR and featured 32GB/64GB models, this is a major leap for the Apple TV. 4K

Additionally, the new Siri Remote implementing USB-C is also interesting news, as it shows Apple making the switch to USB-C for its accessories.

What are you looking forward to in the Apple TV 4K? Are you excited about the new device? Let us know in the comments.